The unintended consequences of well-meaning deregulation

The road to poor economic performance may be paved with well-meaning regulations. 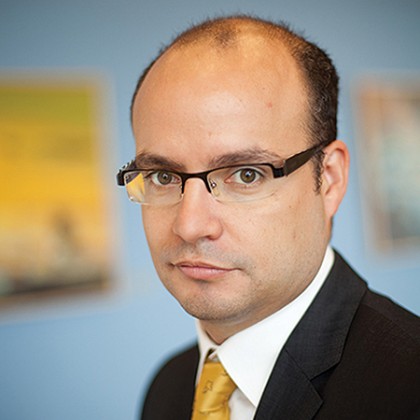 A new study by economist Ricard Gil, an associate professor in the Johns Hopkins University Carey Business School, explores how deregulation of one industry can negatively affect another. Specifically, he examined how deregulating the television industry in Spain set off a decline in attendance and box office revenue for Spanish movie houses.

"When governments take regulatory actions, they focus on the particular industry they're trying to help," says Gil. "But often neighboring industries are affected in unintended negative ways. That's a tradeoff that is rarely considered in advance by regulators."

The study, published in the journal Economic Inquiry, tracks the deregulation of Spanish television, beginning in 1995 with a national law that allowed each town to have up to two local stations. In 2002, with a more conservative government in Madrid, deregulation was expanded so larger towns could have a station for every 250,000 inhabitants. The number of local stations throughout the country multiplied, many of them running TV programs about local culture, politics, and sports that attracted viewers who might otherwise have gone out to the movies.

Between 1995 and 2002, movie attendance in Spain increased by 55 percent, thanks to a rise in the number of suburban multiplex cinemas. However, in the eight years following the 2002 deregulation, movie attendance fell by 30 percent. Gil and the study's co-author Fernanda Gutierrez-Navratil maintain that a clear correlation exists between the increase in small-screen viewing and the decrease in big-screen viewing during this period.

In addition to the media industry, the authors explain how subsidies in agriculture have led to unintended consequences. Subsidies designed to protect the price of soybean crops in Argentina caused many meat producers to become soybean farmers in order to cash in on the new policy, but as the supply of meat went down, the price went up, and fewer Argentines could afford staple foods.

"Is that to say regulating the soybean industry in Argentina was a mistake? Not necessarily," Gil says. "It's probably a good thing when you consider how many people are dependent on the soybean market. But the government clearly didn't understand what the consequences of their policy would be. They didn't give enough thought to the possibility that if you pay some people to do A, then other people will stop doing B to produce A and get paid as well."