For the second year in a row, Johns Hopkins University President Ronald J. Daniels and Ronald Peterson, president of the Johns Hopkins Health System, have been named finalists for The Baltimore Sun's Marylander of the Year distinction.

Daniels and Peterson have been nominated alongside BGE CEO Calvin Butler for their work on BLocal, a sweeping plan that leverages the collective economic power of 25 founding companies to build, buy, and hire locally in Baltimore. The program aims to infuse at least $69 million into local and minority-owned, women-owned, and disadvantaged businesses over the next three years.

For the last few years under the leadership of President Ronald J. Daniels, Johns Hopkins University has pursued strategies to use its massive economic clout to improve the economic prospects of those who have long been shut out of Baltimore's prosperity, including a major effort to recruit, train and hire ex-offenders.

Last year, then-Hopkins Hospital and Health System President Ronald R. Peterson spearheaded an effort to create hundreds of entry-level jobs with opportunities for advancement in area hospitals for residents of neighborhoods like Freddie Gray's Sandtown. But as big as Hopkins is, there is only so much it can do on its own. Thus, BLocal was born, a 25-company effort to use corporate purchasing and hiring power to support city residents and minority- and women-owned businesses, led by Mr. Daniels, Dr. Peterson and BGE CEO Calvin Butler.

Collectively, the companies have pledged to increase local spending by $69 million over the next three years. BGE, Hopkins and many of the other companies involved in BLocal aren't new to efforts to improve Baltimore's prospects "but the frustration and anger unleashed after the tragic death of Freddie Gray in Baltimore nearly one year ago testifies to the fact that we—collectively and urgently—have more to do," the three wrote in a Sun op-ed. BLocal can't solve all of Baltimore's problems, but it will make a difference in thousands of lives. Moreover, it is a reminder that we all can and must do more.

Daniels and Peterson have also been instrumental in an ongoing revitalization effort in the Eager Park neighborhood near the Johns Hopkins medical campus in East Baltimore. Among the recent activities: A homebuying incentive program for Johns Hopkins employees led to the sale of 48 homes in the neighborhood on a single weekend in September, and the recently dedicated 1812 Ashland building will soon ben the home to JHU's FastForward 1812 innovation hub as well as other Johns Hopkins offices and laboratories.

The Sun also named as finalists Carla Hayden, who was appointed by President Obama to lead the Library of Congress—the first woman and minority to hold the title; Olympic gold medalist Katie Ledecky and Michael Phelps; and Kevin Plank, the founder of Under Armour who unveiled major plans this year for the development of Port Covington.

Readers can vote for Marylander of the Year online. 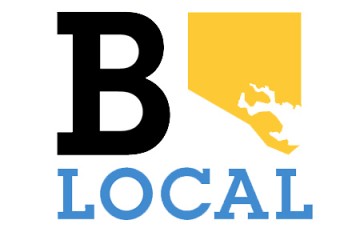 Published April 7, 2016
Initiative's co-chairs give overview of effort by 25 local businesses to create economic opportunities in Baltimore / The Baltimore Sun