Peter Agre, Carol Greider among signatories who urge President-elect, Congress to 'adhere to high standards of scientific integrity and independence'

Two Nobel Prize winners from Johns Hopkins University are among a group of more than 2,300 scientists who signed an open letter urging the Trump administration and Congress to honor scientific integrity. 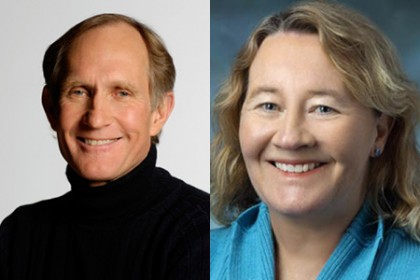 The letter—which includes the signatures of 22 Nobel laureates, including JHU immunologist Peter Agre and molecular biologist Carol Greider—asserts that "policy makers and the public alike require access to high-quality scientific information to serve the public interest."

The letter advises the president-elect to appoint agency officials with "demonstrated track records of respecting science as a critical component of decision making" and who "safeguard the independence of those outside the government who provide scientific advice." The signatories urge Trump to "adhere to high standards of scientific integrity and independence," and to keep resources available and accessible to the scientific community.

"We need to make sure there's not political manipulation of the science," Andrew Rosenberg, who organized the letter, told The Washington Post.

Scientists from areas including biology, ecology, environmental science, earth science, chemistry, and agriculture signed the letter. All 50 states are represented by the signatories.