Depression rates among adolescents have spiked in recent years, especially for girls, according to a new study from Johns Hopkins University.

Researchers aren't sure what's driving that rise, particularly among girls. They speculate that greater exposure to known depression risk factors such as problematic cell phone use, including cyberbullying, may play a role.

Researchers found that the rate of adolescents reporting a recent bout of clinical depression grew by 37 percent between 2005 and 2014, with one in six girls reporting an episode in the past year.

"This shows us there are a growing number of untreated adolescents with depression and that we are making few inroads in getting mental health care to this population," says study leader Ramin Mojtabai, a professor at JHU's Bloomberg School of Public Health. "It is imperative that we find ways to reach these teenagers and help them manage their depression."

The findings, published Nov. 14 in Pediatrics, come right after the Centers for Disease Control and Prevention reported that suicide rates among American middle-schoolers were higher than rates of death from car crashes in that age group.

For the Hopkins study, researchers analyzed data from the National Surveys on Drug Use and Health to examine trends in "major depressive episodes," also known as clinical depression. A depressive state ranks as such when symptoms (such as loss of interest or pleasure in daily activities) persist for two weeks or more.

In 2005, 8.7 percent of adolescents reported major depressive episodes in the past year, but by 2014 that figure was 11.3 percent. The percentages had remained relatively steady until 2011, but rose significantly through 2014.

Among girls, the prevalence of major depressive episodes increased from 13.1 percent in 2005 to 17.3 percent in 2014. White adolescents were also more likely than non-whites to experience these episodes.

A total of 176,245 adolescents aged 12 to 17 were involved in the annual survey, and the findings were based on self-reporting.

Though the study found small increases after 2011 in use of mental health resources—such as medication and visits to specialty healthcare providers—those increases were not enough to offset the rise in depression rates.

Researchers aren't sure what's driving that rise, particularly among girls. They speculate that greater exposure to known depression risk factors such as problematic cell phone use, including cyberbullying, may play a role.

Mojtabai says the numbers show the need for better outreach, "especially in school and college health centers, counseling services and pediatric practices, where many of the untreated adolescents and adults with depression may be detected and managed." 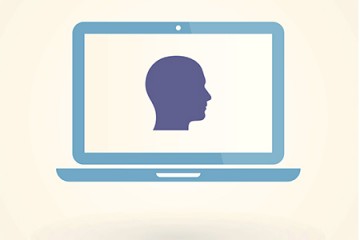