Rachel Shavel did not expect to get into Johns Hopkins University. By the time her acceptance letter arrived in the mail, Shavel had already told family and friends that she would attend Schreyer Honors College at Penn State and major in advertising.

"The class has been one of the most worthwhile courses I've taken at Hopkins."
Rachel Shavel, JHU junior

But Shavel was accepted to JHU, and she decided to bring her talents to Baltimore, where her strong writing skills and JHU's creative writing program steered Shavel to become a Writing Seminars major, despite her parents' collective apprehension.

"My parents heard the laments of their friends, who complained that their children with degrees in English and history were working part-time at the pet store after graduation, despite having expensive degrees," said Shavel, now a junior.

Battling what she calls "the plight of the humanities major," Shavel is currently enrolled in a unique elective course that allows her to use Writing Seminars skills in a real work setting.

The Advertising and Integrated Marketing Communication class—known by some students as "Ad Class"—is an upper-level course offered by the Center for Leadership Education within the Whiting School of Engineering.

The class develops and implements an integrated marketing campaign with pre- and post-campaign market research to determine the campaign impact, said Leslie Kendrick, senior lecturer and internship director for the Whiting School. The majority of students' grades are based on the quality of work they produce for the client. This year that client is Acura.

"It is a reputable, big-name client with powerful performance vehicles to advertise," said Marcia Zimmerman, a sophomore Writing Seminars major enrolled in the course.

Zimmerman is one of two CEOs for the class agency named Apex Blue Strategies. She and her counterpart Katie Chang, a senior international studies and Spanish major, dedicate an additional 10 to 15 hours per week to delegate, motivate, and manage their peers throughout the campaign.

Students can also hold leadership roles in one of the agency's departments, which include research, finance, advertising/multimedia, public relations/social media, reports and presentations, and strategy and events.

Shavel, who initially planned to be an advertising major, is the co-manager of the public relations and social media department.

The course also has a competitive component. This semester's class is participating in the 2017 Acura ILX Marketing Challenge, where student groups craft marketing campaigns for the new Acura ILX. Every student test-drove the car before beginning the campaign.

"Our campaign is centered around the idea that the 2017 Acura ILX can help millennials in 'making it,'" Zimmerman said. "Making it to class, to the gym, to their jobs. Making it to the (impressive and exciting) rest of their lives in the most tech-savvy and powerful way possible." 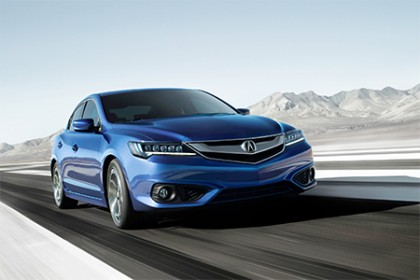 If JHU ranks in the top three university agencies—judged on how well the campaign meets the client's objectives—Acura will provide five students from the class an all-expenses paid trip to the company's headquarters in Torrance, California, to present the campaign.

Chang said the class is working diligently to reach that goal.

"We try our best to meet and go beyond our client's objectives … everyone in the agency, be that a CEO, manager, or member, are pulling their weight to make top three," she said.

Student in the class have contributed content to BuzzFeed, the JHU News-Letter, and HerCampus.com; hosted events to increase campus awareness; and created a website that provides press releases and other information about the car.

Whether or not their campaign wins, students prize the learning triumphs along the way.

"At times, it has certainly been hard and confusing, but I've truly learned so much about how an agency works and how to work with a client," Shavel said. "Now, at the end of the semester, I feel like I know how to delegate tasks and support the team as they complete them much more effectively, which is a skill I can take anywhere.

"The class has been one of the most worthwhile courses I've taken at Hopkins."