Matteo Renzi says he will fight populism in Europe by investing in innovation, technology, culture 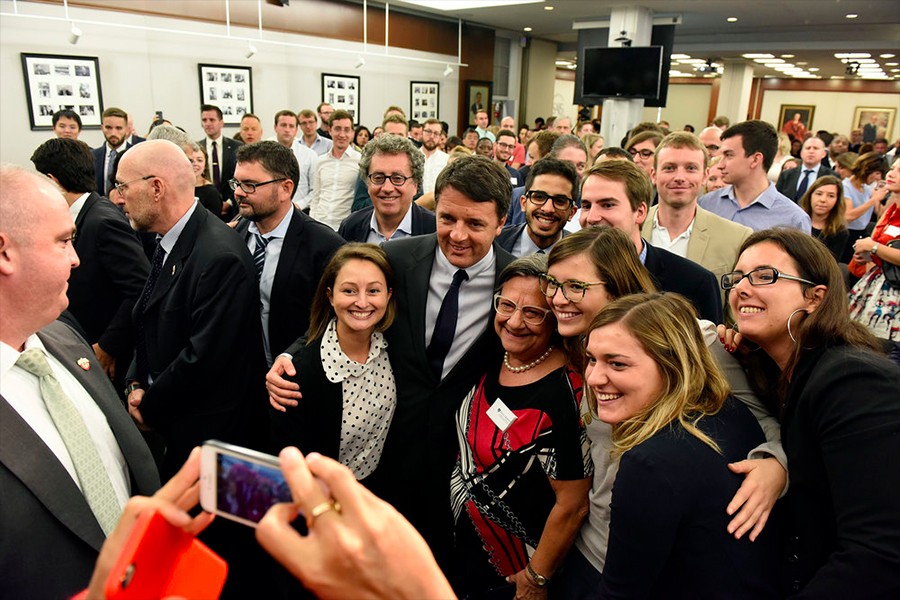 Italy's prime minister, Matteo Renzi, visited the Johns Hopkins School of Advanced International Studies in Washington, D.C., on Wednesday to deliver a speech during his official state visit to the United States.

Speaking to SAIS students, faculty, staff, and other guests, Renzi stressed his belief in the importance of education.

"Universities today are the places where we build the future," he said, also noting his appreciation for SAIS' presence in Europe with its campus in Bologna.

Touching on current events, Renzi spoke about his contrarian views on Europe's security challenges and the ongoing refugee crisis. An opponent of austerity measures, Renzi said he believes the real threat to European security comes from marginalization in European metropolises and stagnant growth, not from refugees.

Renzi discussed his strategy to fight populism in Europe by investing in culture and education, noting that without investments in innovation, technology, and culture, populist forces will shape the future.

A day earlier, President Barack Obama welcomed Renzi to the White House for the final official visit and state dinner of his presidency, praising his longtime ally for his "bold" and "progressive" leadership at a time of upheaval in Europe.