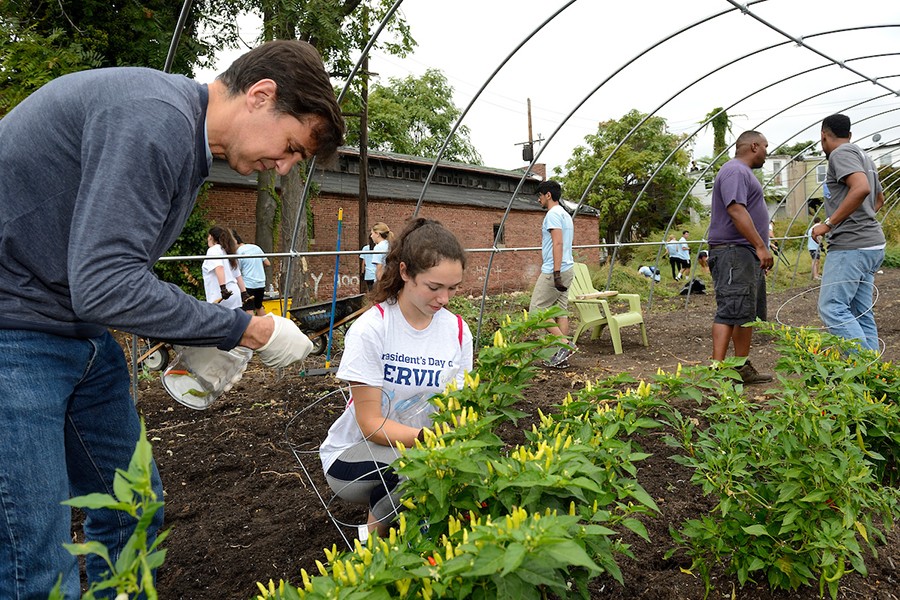 Clad in baby blue and armed with aprons, shovels, and gardening gloves, approximately 1,100 Blue Jays dispersed across Baltimore on Saturday to give back to the community during the annual Johns Hopkins President's Day of Service.

JHU President Ronald J. Daniels thanked those gathered in Goldfarb Gymnasium for their participation and noted that service can play an integral role in everyone's stories. He told the volunteers about HopServe50, which challenges students to commit to completing 50 hours of community service between now and April.

Students seemed up to the challenge.

First-year student Tarek Meah volunteered at the Muslim Social Services Agency. Site volunteers served food to in-need Baltimoreans as part of the agency's Day of Dignity—a national initiative to give dignity to citizens who may feel marginalized.

Meah said he was initially interested in the university because of its dedication to service.

"I wanted to be a part of this institution, which promotes not only academic success, but giving back to the community," he said. "It's just so nice to see their face change when you give them a plate of food."