A new effort aims to name a portion of a Cockeysville, Maryland, river after the late M. Gordon "Reds" Wolman, a geologist and longtime Johns Hopkins University professor. 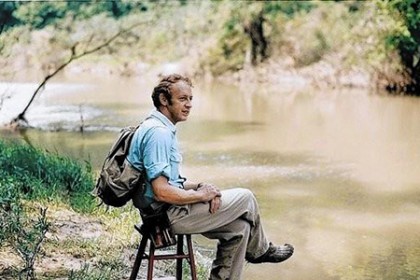 The Carroll County Times reports a group of Wolman's former colleagues and students has petitioned the U.S. Board on Geographic Names to rename a portion of Baisman Run located in Oregon Ridge Park. The effort is led by University of Maryland Baltimore County's Andy Miller, who is a Johns Hopkins alumnus and former pupil of Wolman's, and commemorates the many studies on water flow and sediment distribution Wolman carried out at Baisman Run.

From The Carroll County Times:

According to those who worked with Wolman, he was a giant in the field of river science, the study of the processes that affect rivers and finding connections between them. Wolman chaired the Department of Geography and Environmental Engineering at Johns Hopkins University, served on public commissions, and wrote many notable reports, including, "Water for Maryland's Future: What We Must Do Today," a 2008 report frequently cited by scientists and policy makers, according to Miller.

Wolman's work informed policy for how Maryland treats its river systems, but he was equally credited by colleagues for being an inspirational teacher to students at Hopkins, Miller said.

His work earned him praise from colleagues, scientists, and politicians alike, The Carroll County Times reports.

"His years of scholarship helped to raise the global stature of Johns Hopkins University and attract bright young minds to Baltimore to study under him," Baltimore Mayor Stephanie Rawlings-Blake said after Wolman's death in 2010. "Dr. Wolman's commitment to the conservation of our natural resources helped to preserve the natural beauty of the Chesapeake Bay for generations."

U.S. Sen. Ben Cardin issued a statement in support of naming the portion of Baisman Run after Wolman: "The value of Dr. Wolman's contribution to our understanding of how landscape management, water quality and ecological integrity impact the Chesapeake Bay cannot be understated and should be recognized," he said.