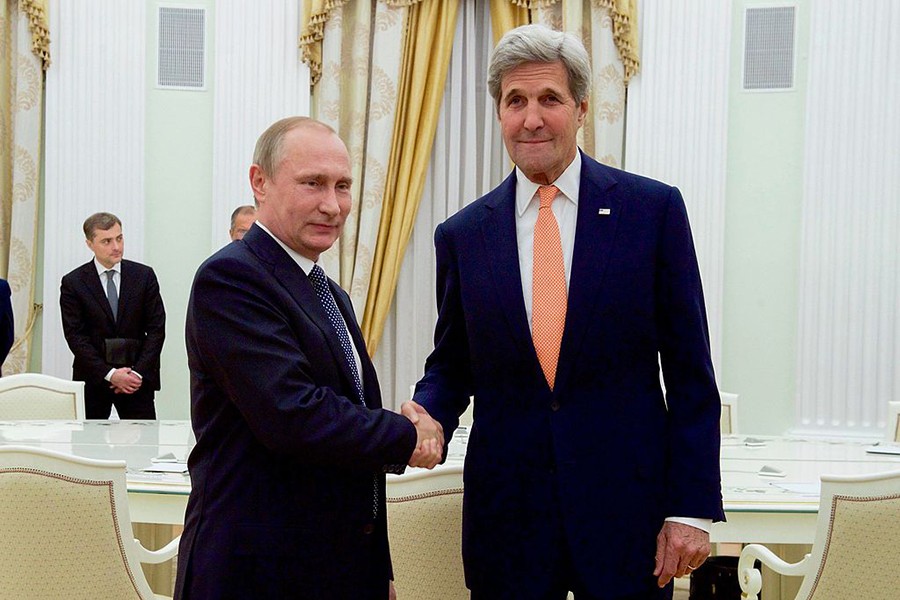 "A war between Russia and the United States is more likely today than at any time since the worst years of the Cold War," writes Matthew Rojansky in a recent commentary for World Politics Review.

Rojansky, an adjunct professor at the Johns Hopkins University School of Advanced International Studies and an expert on U.S. relations with the states of the former Soviet Union—especially Russia, Ukraine, Belarus, and Moldova—adds that "increasing deployments [by the U.S. and Russia], coupled with severely constrained direct dialogue, mean that dangerous incidents will become far more likely and will be far harder to defuse and de-escalate."

"Preventing that cycle [of aggression] from spinning out of control requires clear channels for dialogue, with leaders on both sides who are prepared to use them."
Matthew Rojansky, SAIS expert

In short, two of the most powerful countries on the planet are embroiled in a game of military chicken. Rojansky notes that Eastern European countries who are members of NATO—the multi-nation military pact that compels allies to mutually defend member nations against attacks by outside parties—are increasingly worried about Russia's influence in their territories.

"Almost no one in the senior levels of NATO or the U.S. defense community expects a traditional military invasion of any NATO country by Russian forces," Rojansky writes. "Instead, the concern is about a Russian hybrid threat," which may include infiltration by Russian spies, economic pressure, and/or relentless pro-Russian propaganda.

NATO's job, Rojansky says, is "reassuring nervous Eastern allies, so that they can undertake the far harder diplomatic, domestic, political, and economic development work needed to reduce their own vulnerabilities."

To support these nations and to stave off potential Russian aggression in the region, Rojansky says NATO allies developed a plan to deploy approximately 4,000 combat soldiers to eastern Poland and other Baltic states, "in close proximity to Russia's historical capital." NATO allies Romania and Bulgaria have requested a naval force supported by NATO to protect their coastlines on the Black Sea, and a U.S.-led European missile defense system will place interceptor units in Poland and Romania.

"For every action, there is a reaction," he writes. "Preventing that cycle from spinning out of control requires clear channels for dialogue, with leaders on both sides who are prepared to use them."