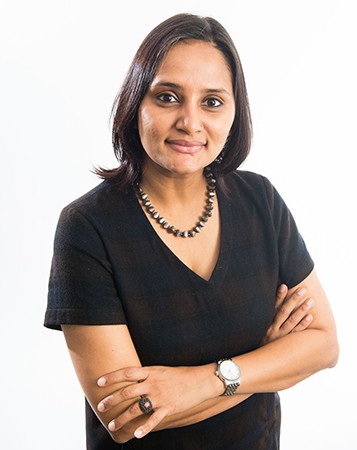 Pavithra Suryanarayan, an assistant professor at Johns Hopkins University's School of Advanced International Studies in Washington, D.C., has received an international award for her research into voting disparities and how income may influence a person's participation in an election.

Suryanarayan's findings, based on an examination of data from more than 70 countries, challenge the conventional wisdom that the wealthy vote at higher rates than the poor. Her research indicated that voting patterns are the reverse in many places, and that voter turnout among the wealthy is often influenced by taxation: if the wealthy do not anticipate high levels of taxation, they are less likely to vote.

"It is my hope that this paper will add to our collective knowledge about inequality," Suryanarayan said, adding that inequalities come in many different forms, such as political, ethnic, and social inequalities. "It's one of the most pressing issues of our time."

The scholarly paper, "When Do the Rich Vote Less Than the Poor and Why? Explaining Turnout Inequality Across the World," was published in the American Journal of Political Science and earned Suryanarayan and her co-author, Kimuli Kasara from Columbia University, the Comparative Study of Electoral Systems and the GESIS - Leibniz Institute for the Social Sciences award. The prize recognizes the best scholarship—which can be a paper, book, dissertation, or other scholarly work—published or finalized in the previous year. It is named after renowned political scientist Hans-Dieter Klingemann.