When dementia goes undiagnosed, the risk of unsafe activities rises

Findings by Johns Hopkins research team are based on review of information provided by more than 7,600 Medicare beneficiaries age 65 or older

Delaying or avoiding diagnosis for dementia could be a risk not worth taking, a new Johns Hopkins study suggests.

The study, reported in the June issue of Journal of the American Geriatrics Society, found that people who show signs of dementia but lack a formal diagnosis are twice as likely as those diagnosed with dementia to partake in potentially unsafe activities like driving, cooking, and managing finances and medication.

An estimated 5 million people in the U.S. have some form of dementia, including Alzheimer's disease, and the prevalence is projected to nearly triple by 2050. Multiple studies have suggested that about half of those with dementia are undiagnosed.

"When patients receive a formal dementia diagnosis, their families are typically aware that, at some point, their loved ones will not be able to drive or will need more help with their medicine," says study leader Halima Amjad, a fellow in the School of Medicine's Division of Geriatric Medicine and Gerontology. "But when people are undiagnosed, families and friends may ignore or be unaware of functional problems that already exist."

An estimated 5 million people in the U.S. have some form of dementia, including Alzheimer's disease, and the prevalence is projected to nearly triple by 2050. Multiple studies have suggested that about half of those with dementia are undiagnosed.

For this study, researchers used data from more than 7,600 volunteers through an ongoing Hopkins survey tracking Medicare beneficiaries age 65 and older across the nation. Amjad's team identified participants as having probable but undiagnosed dementia if they scored below a certain threshold on cognitive tests or interviews. Other groups were identified as having formally diagnosed dementia, possible dementia, or no dementia.

Researchers asked all participants about activities that could be unsafe with dementia, including providing care to another person, driving, preparing hot meals, managing finances and medications, traveling alone to doctors' visits, or falling. They also asked about unmet needs—for example, whether participants ever went without food or bathing because they didn't have enough help.

"Either the patients themselves or their family members are self-regulating and doing these activities less frequently as their disease is progressing," Amjad says.

Amjad says the findings should encourage more formal screenings for dementia for elderly patients having difficulties with activities.

"Families are really the front line in recognizing when someone shouldn't be driving or needs more help with managing medicine," she says. 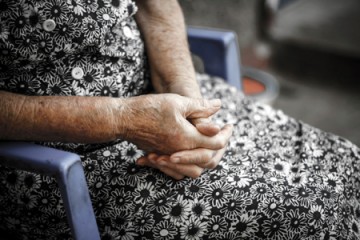