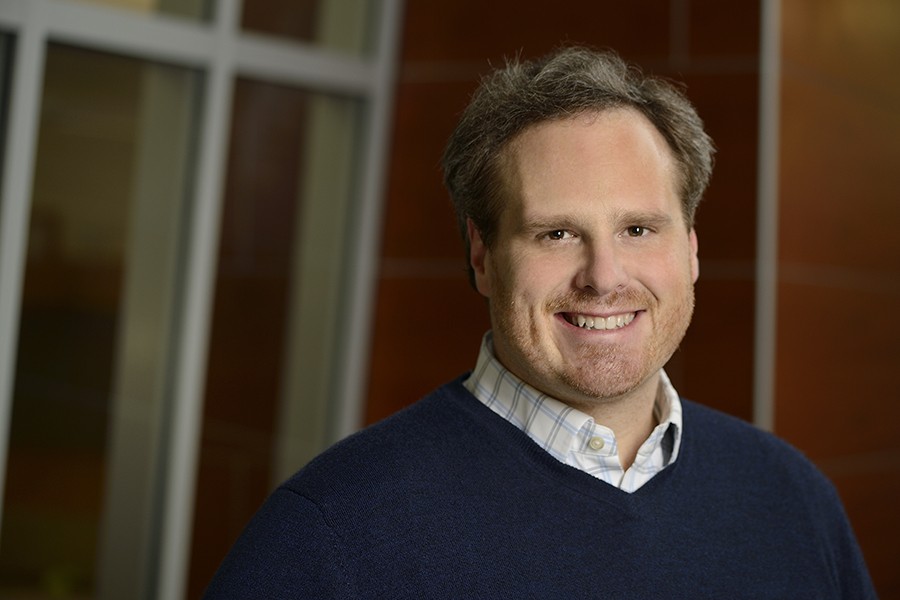 Michael Schatz, one of the world's foremost experts in solving computational problems in genomics research, has been named a Bloomberg Distinguished Associate Professor at Johns Hopkins University, joining 20 other Bloomberg Professors at the university whose work spans disciplines and aims to address some of the world's most vexing challenges.

Schatz joins Johns Hopkins from Cold Spring Harbor Laboratory on Long Island in New York, where he was an associate professor in the Simons Center for Quantitative Biology, served as the co-director of the Undergraduate Research Program, and co-led the Cancer Genetics & Genomics Program in the CSHL Cancer Center.

Schatz is the 21st Bloomberg Distinguished Professor appointed across Johns Hopkins. The professorships are supported by a $350 million gift to the university by Johns Hopkins alumnus, philanthropist, and three-term New York City Mayor Michael R. Bloomberg. The majority of this gift is dedicated to creating 50 new interdisciplinary professorships, galvanizing people, resources, research, and educational opportunities to address major world problems.

"With the appointment of each new Bloomberg Distinguished Professor, our university becomes better equipped to lead the future of research and education," says Robert C. Lieberman, provost and senior vice president for academic affairs at Johns Hopkins. "Dr. Schatz is an outstanding scholar who has exhibited incredibly broad interdisciplinary expertise, representing the intention of Mike Bloomberg's visionary gift."

Computational biology is at the intersection of computer science, biology, and biotechnology. Through an integrative approach to scientific discovery, Schatz and his collaborators successfully harness trends in computing to tackle important problems stemming from the continuous development of DNA sequencing, such as the alignment of next-generation sequencing reads and the assembly of reads from real-time single-molecule sequencers.

"There is no better institution in the world than Johns Hopkins University for the cross-cutting research in science, engineering, and medicine that makes up computational biology."
Michael Schatz

Schatz has created many of the most widely used methods and software for genome assembly—that is, piecing together all of the genetic material for a single person or a species. He is primarily focused on the development of novel algorithms for comparative genomics, human genetics, and personalized medicine. His work has led to a better understanding of the structure and function of genomes, especially those of medical or agricultural importance.

Schatz also examines sequence variations related to autism spectrum disorders, cancer, and other human diseases in order to reveal their genetic basis and evolution. He has also recently embarked on creating new computational methods for analyzing single molecule sequencing, especially plant and animal genomes and transcriptomes, which are the sets of expressed genes in an organism.

"There is no better institution in the world than Johns Hopkins University for the cross-cutting research in science, engineering, and medicine that makes up computational biology," Schatz says. "I am delighted to join the faculty here and look forward to collaborating with my new, outstanding colleagues to help find the causes of diseases, identify better ways to feed the planet, and develop new sources of biofuels. I also look forward to passing on my passion for research to the undergraduate and graduate student bodies and promoting them to work on solving these incredibly meaningful problems."

Schatz's appointment reinforces Johns Hopkins' strength and international visibility in the area of computational biology. He joins a cohort of scholars leading the field, including Ben Langmead, Alexis Battle, James Taylor, and fellow Bloomberg Distinguished Professor Steven Salzberg, who was also Schatz's doctoral advisor. His work will benefit the Individualized Health Initiative, which spans the university, the Johns Hopkins Health System, and the Applied Physics Laboratory.

"Dr. Schatz is an outstanding addition to the pioneering faculty of Whiting School of Engineering," says Ed Schlesinger, the Benjamin T. Rome Dean of the Johns Hopkins Whiting School of Engineering. "He will drive collaborations between researchers in fields that include computer science, computational biology, data science, genomics, and biology. We are thrilled he has decided to make Johns Hopkins his academic home and know that our students will benefit greatly from his appointment."

Schatz is an experienced and esteemed educator who has twice been awarded the Cold Spring Harbor Laboratory's Winship Herr Award for Excellence in Teaching. While at CSHL, he co-directed the Undergraduate Research Program and taught graduate courses on genetics, genomics, quantitative biology, genome assembly, and advanced sequencing technologies and applications. He has also helped organize several large conferences, including launching a new conference on Biological Data Science to bring together researchers in computer sciences, statistics, mathematics, and other quantitative fields to address problems in biology and medicine. With this range of expertise, he will add valuable instruction for Hopkins undergraduate and graduate students in both the Krieger and Whiting schools.

"Computational biology is an essential field for advancing our most basic understanding of living organisms," says Beverly Wendland, the James B. Knapp Dean of the Krieger School of Arts and Sciences. "Dr. Schatz has already distinguished himself as an innovative researcher and effective teacher in this area and we greatly look forward to sharing in his future discoveries, which are sure to provide transformative insight into human disease and biological life."

Schatz serves on the editorial boards of Genome Biology, GigaScience, and Cell Systems, and he has served as a reviewer for such journals as Nature Biotechnology, Nature Methods, Genome Research, Genome Medicine, BMC Genomics, Bioinformatics, and the Faculty of 1000 Biology. His work has been featured in The New York Times, The Washington Post, and Wired.

Schatz received a bachelor of science degree in computer science and philosophy from Carnegie Mellon University in 2000 and a master of science and doctoral degrees in computer science from the University of Maryland, College Park in 2008 and 2010, respectively. Between his bachelor and master of science degrees, Schatz worked as a software engineer at the J. Craig Venter Institute—formerly The Institute for Genomic Research—and STi Systems. He will remain an Adjunct Associate Professor of Quantitative Biology at Cold Spring Harbor Laboratory.