Misconduct within an organization is generally seen as a predicament at best, a catastrophe at worst. 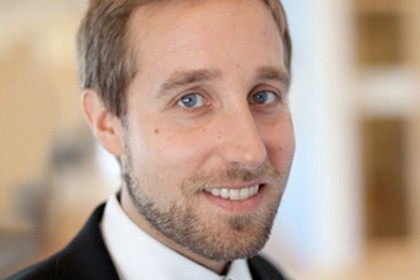 But a new study by Brian Gunia, an assistant professor at the Johns Hopkins Carey Business School, shows that such misconduct, or "deviance," can prove beneficial by causing "non-deviant" members of the group to work harder in order to alleviate their own discomfort with the organization's tarnished image.

"The silver lining of organizational deviance may be the efforts of the uninvolved," Gunia says. "... The effects of misconduct extend far beyond the deviants."

The urge to increase effort in the wake of group deviance is particularly strong among non-deviants who identify closely with their organizations and thus may perceive "an internal identity threat" because of the misconduct, he adds.

The paper by Gunia and co-author Sun Young Kim of the IÉSEG School of Management in France, titled "The behavioral benefits of other people's deviance," was recently published in the online edition of Group Processes & Intergroup Relations. As the authors note, previous research primarily examined organizational misbehavior's impact on only the deviant members; this new paper is among the first to consider the effect on the non-deviants, particularly looking at their exertion of effort during such a crisis.

"The silver lining of organizational deviance may be the efforts of the uninvolved. ... The effects of misconduct extend far beyond the deviants."
Brian Gunia, Carey Business School

In three separate studies with about 200 participants from around the United States, the researchers confirmed their main theory: That non-deviant members work harder after witnessing deviance. The extra effort that follows a failure, however, is confined to those who identify highly with the organization; non-deviants whose identities are not so closely tied to the organization tend not to sense a threat to their identities, and so they are less inclined to exert increased effort, according to the study.

The fictionalized examples of deviance posed to the study participants were of moderate severity—that is, not serious enough to jeopardize a group's existence. Yet the results across the board revealed the value of group identification, highlighting a previously unrecognized advantage for both a group and its members: The non-deviants' enhanced effort accrues to the organization's benefit while providing a coping mechanism and a potential boost in reputation for the members themselves, Gunia says.

"The whole group benefits from increased effort, but individual members and their standing within the organization may improve as well," he adds.

In pointing out the ironic benefits of organizational deviance, the authors are quick to note that encouraging misconduct would be "patently unwise." Yet they add that "deviance does happen with unfortunate frequency, and organizational leaders need to know how to respond."

The study suggests that leaders could respond by highlighting the similarities between the deviants and the non-deviants, which, "while uncomfortable," could trigger in the latter group a feeling of association with the crisis and cause them to work harder. For example, leaders might say something like "Any of us could have fallen into this trap."

The researchers advise against blaming a few "bad apples," as this appears to isolate and dismiss the problem, sidestepping any assignment of responsibility to the organization's overall structure and leadership.

Gunia and Kim indicate that their study suggests various future research topics. For example, would an instance of severe deviance also prompt increased effort, or would it cause the non-deviants to just leave? Additionally, would anyone work harder when a majority of the organization is involved in misconduct?