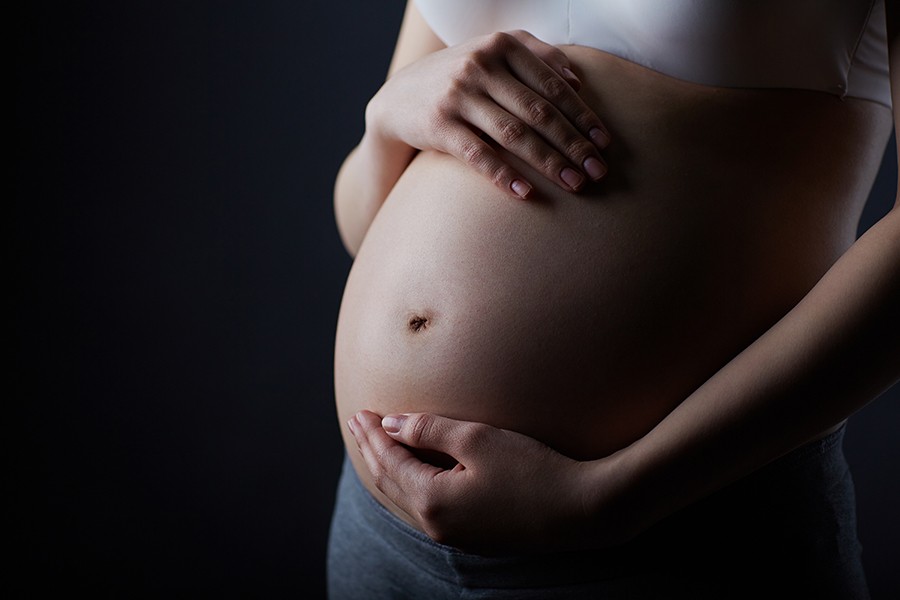 Women who plan on becoming pregnant are told they need enough of the nutrient folate to ensure proper neurodevelopment of their babies, but new research from Johns Hopkins suggests there could be serious risks in having far too much of the same nutrient.

Researchers found that if a new mother has a very high level of folate right after giving birth—more than four times what is considered adequate—the risk that her child will develop a condition on the autism spectrum doubles. Very high vitamin B12 levels in new moms are also potentially harmful, tripling the risk that her offspring will develop an autism spectrum disorder. If both levels are extremely high, the risk that a child develops the condition increases 17.6 times.

Folate, a B vitamin, is found naturally in fruits and vegetables, while the synthetic version, folic acid, is used to fortify cereals and breads in the United States and in vitamin supplements.

With many types of vitamin supplements, the conventional wisdom has been that too much is not harmful, that the body will flush out the excess. That may not be the case with folic acid and vitamin B12.

The findings will be presented Friday at the 2016 International Meeting for Autism Research in Baltimore.

"Adequate supplementation is protective: That's still the story with folic acid," says one of the study's senior authors, M. Daniele Fallin, director of the School of Public Health's Wendy Klag Center for Autism and Developmental Disabilities. "We have long known that a folate deficiency in pregnant mothers is detrimental to her child's development. But what this tells us is that excessive amounts may also cause harm. We must aim for optimal levels of this important nutrient."

Folate is essential in cell growth and promotes neurodevelopment. Deficiencies early in pregnancy have been linked to birth defects and to an increased risk of developing a condition on the autism spectrum. And despite this push to ensure women get adequate folate, some women still don't get enough or their bodies aren't properly absorbing it, leading to deficiencies. The Centers for Disease Control and Prevention says that one in four women of reproductive age in the United States have insufficient folate levels. Levels are not routinely monitored during pregnancy.

Excessive folate use by pregnant women can increase risk for autism in children, study says

Autism is a neurodevelopmental condition characterized by social impairment, abnormal communication, and repetitive or unusual behavior. One in 68 children in the United States has the condition, with boys five times more likely than girls to have it. The causes remain unclear, but research suggests the factors are a combination of genes and the environment.

For the study, researchers analyzed data from 1,391 mother-child pairs in the Boston Birth Cohort, a predominantly low-income minority population.

The mothers were recruited at the time of their children's birth between 1998 and 2013 and followed for several years, with the mother's blood folate levels checked once within one to three days of delivery. The researchers found that one in 10 of the women had what is considered an excess amount of folate (more than 59 nanomoles per liter) and 6 percent had an excess amount of vitamin B12 (more than 600 picomoles per liter).

The World Health Organization says that between 13.5 and 45.3 nanomoles per liter is an adequate amount of folate for a woman in her first trimester of pregnancy. Unlike with folate, there are not well-established thresholds for adequate vitamin B12 levels.

A large majority of the mothers in the study reported having taken multivitamins—which would include folic acid and vitamin B12—throughout pregnancy. But the researchers say they don't know exactly why some of the women had such high levels in their blood. It could be that they consumed too many folic acid-fortified foods or took too many supplements. Or, they say, it could be that some women are genetically predisposed to absorbing greater quantities of folate or metabolizing it slower, leading to the excess. Or it could be a combination of the two.

With many types of vitamin supplements, the conventional wisdom has been that too much is not harmful, that the body will flush out the excess. That may not be the case with folic acid and vitamin B12.

More research is needed, the scientists say, in order to determine just how much folic acid a woman should consume during pregnancy to have the best chance that she will have optimal blood folate levels to ensure her offspring's health.

"This research suggests that this could be the case of too much of a good thing," says study lead author Ramkripa Raghavan, a DrPH candidate in the Department of Population, Family and Reproductive Health at the School of Public Health. "We tell women to be sure to get folate early in pregnancy. What we need to figure out now is whether there should be additional recommendations about just what an optimal dose is throughout pregnancy."