Carol Greider, a Nobel laureate and molecular biologist at the Johns Hopkins University School of Medicine, has been elected to the American Philosophical Society, which recognizes academics for extraordinary intellectual accomplishments in their fields of expertise. She joins five other researchers elected this year from the biological sciences, in addition to 27 from other academic fields as varied as mathematics and the arts. 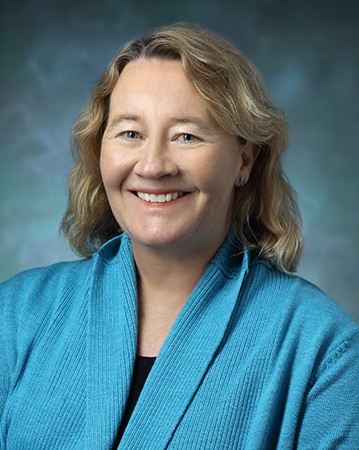 Greider is a Bloomberg Distinguished Professor at Johns Hopkins and the Daniel Nathans Professor and Director of the Department of Molecular Biology and Genetics in the Johns Hopkins Institute for Basic Biomedical Sciences. She shared the 2009 Nobel Prize in Physiology or Medicine for her discovery in 1984 of telomerase, an enzyme that maintains protective "caps" on the ends of chromosomes. Over the years, she and her colleagues have uncovered how telomerase functions and is controlled.

Today, Greider continues to study its role in DNA damage, cell death, cancer, and age-related disease. Greider and colleagues showed in mice that insufficient telomerase leads to age-related degenerative disease and the inability of stem cells to rejuvenate tissues, furthering the understanding of similar diseases in humans.

Together with her colleague Mary Armanios, Greider established a Telomere Center at Johns Hopkins to study both the regulation of telomerase and the clinical aspects of diseases involving short telomeres, including bone marrow failure, pulmonary fibrosis, and other age-related diseases. The center bridges both basic and clinical science, and is at the forefront of understanding the consequences of short telomeres in human disease.

The American Philosophical Society is an academic organization founded by Benjamin Franklin in 1743 to promote "useful knowledge in the sciences and humanities through excellence in scholarly research, professional meetings, publications, library resources and community outreach." Today, the society acts as a forum for the exchange of interdisciplinary ideas, while supporting research and discovery through monetary awards and public education. New members are nominated and elected by current members of the society.

In addition to Greider, the list of newly elected members in 2016 includes Allan C. Spradling, principal investigator at the Carnegie Institution for Science and the Howard Hughes Medical Institute, and an adjunct professor of biology at Johns Hopkins University.