The Redlining Baltimore conversation series concluded Wednesday night with a discussion about how to turn the talk into action at a time when the city faces a window of opportunity with new leaders and invigorated activism.

"We find ourselves in a really critical place right now where everyone's super passionate about change, and everyone has a different idea of how that's going to happen," said actress and activist Sonja Sohn, who hosted all four installments of the series. "How are we going to bring it together?"

Through the series—organized by Johns Hopkins University's 21st Century Cities Initiative—activists, scholars, and other public figures have convened over the past month to discuss the past and present states of Baltimore's inequity and segregation. But as Hopkins professor Lester Spence said at the final event Thursday: "Our game is not just to talk. ... Our goal is to create the conditions where the ideas we're talking about can gain traction."

Radio talk show host Marc Steiner, who's been working on social justice issues in Baltimore since his youth, bluntly noted the homogeneity of the audience.

"Damn, it's almost all white in Druid Hill Park," he said, "and we're talking about Redlining and the future.

"One of the problems," Steiner added, "is the conversation never gets beyond this in the city."

That extends, too, to political and institutional decisions, he said. "The people affected by the decisions are never inside the conversation. Ever."

Sohn noted that "folks who are living to survive, to just get to tomorrow," don't have the luxury of extra time to "dig in deep into these issues."

But the panelists framed the present as an opportune moment for Baltimore because of the activism following the death of Freddie Gray and a heightened public interest in the city's leadership. They pointed in particular to the energy of the candidates in the recent city elections, and to the record voter turnout at the polls.

"We have a very interesting crop of young people and new voices in the game," said Michael Cryor, chair of the public-private One Baltimore initiative.

Steiner said he hopes with the new dynamics, "we can begin to have a discussion of how we do things differently in this city."

Panelists pointed to a few new possibilities for Baltimore.

Spence said he would like to see a unified, collaborative institute studying patterns of racism and segregation, as opposed to the scattershot efforts now taking place across the region's many colleges and universities.

"There's not a single institution dedicated to studying that dynamic," he said.

Steiner brought up the idea of worker cooperatives, pointing to the Evergreen Cooperative in Cleveland as the type of model Baltimore could explore. Through that industrial laundry business, workers get training and steadily rising salaries along with the opportunity to own shares of the company.

Cryor likewise highlighted the importance of "finding ways to connect people to the very idea of work as an essential part of the equation—not only to work for someone, but to own something, to make something."

The panelists challenged attendees to not just talk about the issues they see in the city, but to find routes for action.

"Just go into a community," Sohn said, "a place where you think you might have something to give."

Added Cryor: "We are a silo-driven city, we stay in our spaces." He emphasized the need to "open our minds … in extending ourselves outside of the comfort of our own lives." 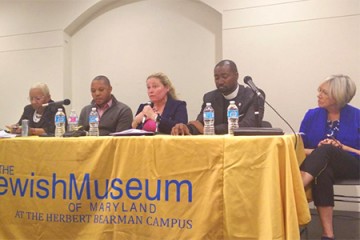 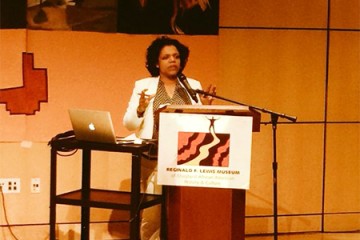 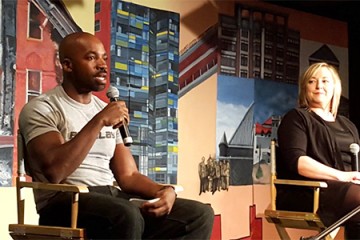