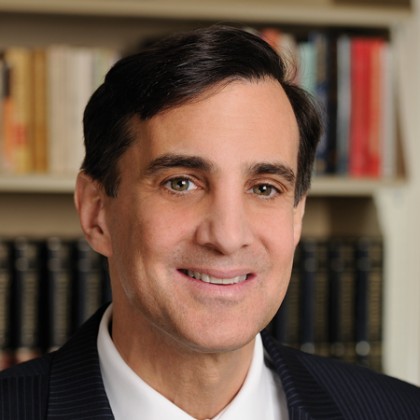 Much of the strain can be traced to recent declines in state support—on average, public universities have lost 25 percent of their state funding per student since 2000, Daniels writes in the article, titled "To Save State Universities, Free Them From the States." But there are other factors at play. More, from Bloomberg View:

Alongside the money issue is a separate set of state policy and governance constraints that also impair the flexibility and vitality of public universities. From annual state budget disputes to onerous rules, these controls have made public universities vulnerable to a most venal form of destabilizing political intervention.

Significant tuition increases, enrollment shifts to out-of-state students, and redirection of funds from needs-based to merit-based financial aid have prompted fears that public universities are failing their mission to provide an affordable education that is available broadly and tailored to the needs of their home states.

Many private universities have attempted to fill the growing void, Daniels notes—by increasing financial aid, by devoting resources to strengthening the communities they call home, by supporting technology transfer and start-ups, and by expanding access to education through open, online platforms. But private schools cannot fully bridge the gap—public universities remain more affordable and better positioned to offer programs tailored to the needs of their home states.

The publication of Daniels' commentary coincides with the release of a TIAA Institute report titled "Converging Paths: Public and Private Research Universities in the 21st Century," which was co-authored by Daniels and Philip Spector, former vice president for strategic initiatives at Johns Hopkins University. In the report, Daniels and Spector conclude that public universities are "well-positioned to excel in the evolving landscape of higher education if given the structural freedom to act. However, they will need assistance to play this role, and the sin of inaction here is a grave one. There is every reason to believe that in the absence of corrective steps, the prospects for public research universities will be grim: they will continue to be buffeted by declining financial support and increased political entanglement, all while suffering the disadvantages of state regulation."

Presidential candidates are right to bring attention to the need for re-investment in public universities. Our entire education system suffers when these institutions are starved of the resources they need. But in states such as Arizona, where leaders have slashed funding by 50 percent per student while ignoring universities' requests for regulatory reform and greater budgetary control, it is clear that money isn't the only obstacle. Indeed, as [Democratic presidential candidate Hillary] Clinton acknowledged in a recent debate: "If you don't have some agreement within the system from states, families, students, it's hard to get to where we need to go."

States need to do more than fund public universities adequately—they must also give them the freedom and autonomy they need to innovate and to prosper.