He is among 178 prominent scholars selected from 3,000 applicants

Mitchell B. Merback, a Johns Hopkins University art historian, is among 178 prominent scholars to win 2016 fellowships from The John Simon Guggenheim Memorial Foundation. 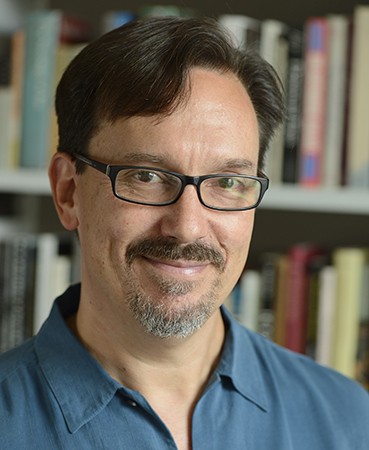 The Guggenheim foundation selected Merback from an applicant pool of nearly 3,000 scholars, artists, and scientists. His award is in the Medieval and Renaissance History category.

Merback, a professor in and chair of JHU's Department of the History of Art, will use his fellowship to work on a project titled "Recognitions: Visual Poetics and Narrative Experience in Medieval and Renaissance Art," which he calls "a set of interlinked investigations into the dynamics of disclosure and discovery, both as a narrative theme and a phenomenological metatheme of the Christian image before 1600."

The Guggenheim foundation offers fellowships to help scholars and artists engage in research "in any field of knowledge and creation in any of the arts, under the freest possible conditions and irrespective of race, color, or creed." The fellowships are intended for those who have demonstrated "exceptional capacity for productive scholarship or exceptional creative ability in the arts."

The fellowships are for six to 12 months and are intended to provide blocks of time to work with creative freedom. The amounts of grants vary.

In 2015, Johns Hopkins had two winners—anthropologist Niloofar Haeri and Lawrence M. Principe, a historian of science and a chemist.