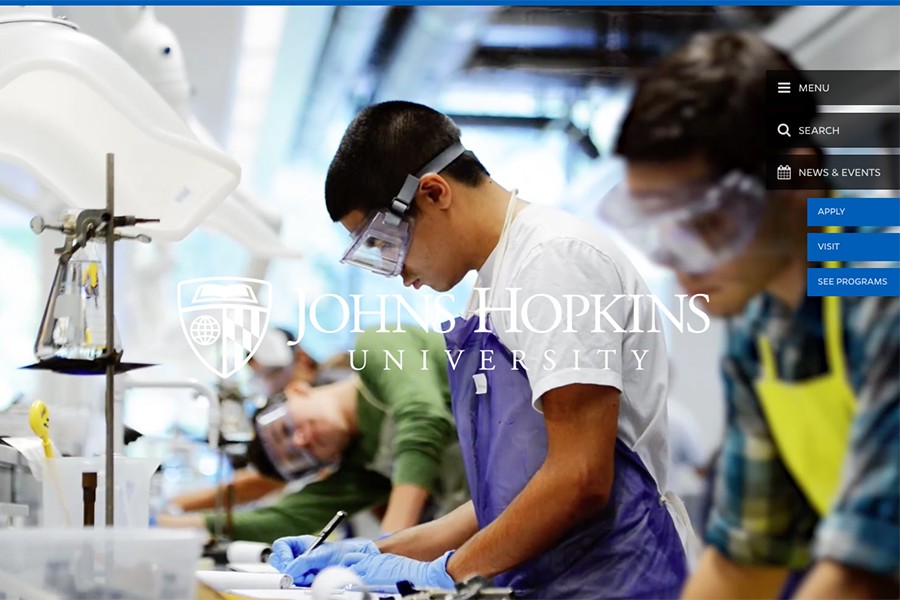 Johns Hopkins University's recently redesigned flagship website, JHU.edu, was selected Tuesday as a finalist for a Webby Award, which The New York Times has called "the Internet's highest honor."

JHU.edu is one of five nominees in the School/University category; finalists are chosen by associate members of the International Academy of Digital Arts & Sciences, a judging body made up of more than 1,000 industry experts and technology innovators.

Two winners are picked in each category: One selected from among the five finalists by academy members with category-specific expertise, the other a People's Voice honoree determined by public voting. To vote in the School/University category, visit the Webbys website.

The new-look JHU.edu was designed, developed, and built by staff members in JHU's Office of Communications and launched in May 2015, the first makeover of the university's website since 2009. The site, designed to make important information easier to find, received its highest marks from Webbys judges for its structure and navigation.

The Webbys, held annually since 1996, honor the best in websites, advertising and media, online film and video, mobile sites and apps, and social. This year, the Webbys received nearly 13,000 submissions from 65 countries.

Winners will be announced April 26 and honored at the 20th annual Webby Awards ceremony on May 16 in New York. A complete list of nominees in all categories is available at webbyawards.com