Johns Hopkins surgeons are the first in the U.S. to perform a liver and a kidney transplant between an HIV-positive donor and HIV-positive recipients, The Baltimore Sun reported Thursday.

The U.S. government and the United Network for Organ Sharing, the nonprofit that manages organ transplant lists, banned the transplantation of organs of HIV-positive donors in 1984. For years, Dorry L. Segev, a Johns Hopkins associate professor of surgery, had watched organs from HIV-positive donors being wasted, even as HIV-positive patients awaiting transplants died.

"It wasn't a medical issue," he told The Sun. "It was entirely legal."

Segev began working to reverse the laws and helped draft the 2013 HOPE Act, which was signed in 2013 and made it possible for HIV-positive individuals to donate organs. Then, last month, Johns Hopkins was approved to conduct the transplants by UNOS.

More from The Sun.

Some doctors initially were concerned that infected organs weren't healthy enough, or that they might harm patients by introducing more aggressive strains of HIV.

Dr. Christine Durand, an infectious disease specialist who is an assistant professor of medicine at Hopkins, said that most donors have viral loads that are sufficiently suppressed with medication. Protocols developed at Hopkins call for donors and recipients to be on similar drug regimens.

The consensus had been growing that HIV-to-HIV transplants would be safe and effective and could save many lives by helping sick patients get transplants faster. Those with HIV who were willing would form their own line to accept organs from an HIV-infected donor, and the list for everyone else would get shorter. 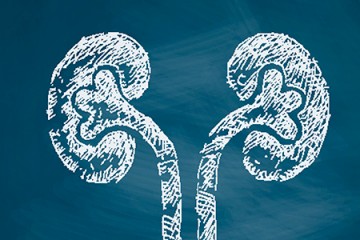