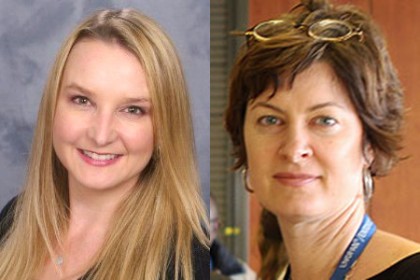 Denise Brandt, Jhpiego's country director in Liberia, and Julia Bluestone, a senior technical advisor in the Global Learning Office, each were passing through the airport outside Brussels, a frequent transit point for international aid workers, when two bomb blasts rocked the departure terminal. Both Brandt and Bluestone were on business for Jhpiego, which operates global health programs in more than 40 countries. Brandt was accompanied by her husband, Andrew.

Both the Brandts and Bluestone were safely evacuated from the terminal by airport security and personnel and made their way to hotels away from the airport. At the first opportunity, they emailed Jhpiego officials that they were safe and also posted messages confirming their safety on social media.

Within an hour of the two airport explosions, another explosion ripped through a metro station in Brussels, bringing the death toll to at least 31 people with more than 200 injured. News reports characterized at least one of the explosions as a suicide bombing. The attacks followed Friday's arrest in Belgium of Salah Abdeslam, a key suspect in the November attacks in Paris.

Brandt said she and her husband had just left the duty free shop in the airport terminal when "we felt and heard the explosion." Brandt, who previously worked as Jhpiego's country director in Afghanistan, knew what she was hearing. So did her husband, a former police officer.

"We both looked at each other and we both knew what it was," she said in an interview from her hotel in Leuven.

Andrew Brandt told a Sky News journalist, "You just feel like a wave from the explosion ... like a wave moving through your body."

As a former police officer and first responder, Andrew Brant's first instinct was to go back to try and help. But his wife, remembering her training from Jhpiego's Global Human Resources office, persuaded her husband that they needed to look for a safe exit route, away from the sound of the explosions and crush of people.

"We started to see people running toward us," Denise Brandt said. "Women on their phones, crying and saying there was an explosion. We walked quickly to get to a quiet place."

Almost immediately, an announcement came over the public address system: "Evacuate. Evacuate. Evacuate. Evacuate." Initially, it was unclear where to go, Denise Brandt said, but airport personnel directed the couple and other passengers out of the terminal and onto the tarmac, where they waited for about two hours before buses whisked them off the airport grounds and eventually to a holding facility in a youth gymnasium.

"They wouldn't let us take our carry-ons," she said. "All we have is my purse. We were able to grab the laptop and charger."

As transit passengers, they were given lists of local hotels and transport instructions. The airport was locked down and flights canceled, they were told. The Brandts took a local train to Leuven and found a hotel. Once there, they turned on a television and learned of the other attack in the city.

"It could have been a lot of worse for us," she said.

Though she heard a loud noise, Bluestone said she didn't fully understand what she was hearing. She was busy working on her laptop, waiting for her next flight in the departure terminal. Once the call came to evacuate the terminal, Bluestone grabbed her things.

"I still didn't think we were really being evacuated," she said, but then airport personnel came through and urged she and others to evacuate and leave their bags because "weapons and explosives" had been found.

Bluestone said people exited calmly, and it was only once she was sitting on a bus on a tarmac that she realized the extreme seriousness of the situation.

"Only then did I get it that it really was a terrorist attack, that those were bombs exploding and not some mechanical fluke," she said. "I am grateful everyone stayed calm, that there was no stampeding. I think it helped that we didn't realize what was going on."

A frequent traveler as one of Jhpiego's chief global learning experts, Bluestone always registers her itinerary in the State Department's Smart Traveler Enrollment Program (STEP), carries a small portable phone charger, and has an international data plan for her cell phone. As a result, she was able to quickly update her status as "safe" on social media—"Thank god for Facebook," she said—as Jhpiego officials, friends, and family were reaching out via email.

"All those things really helped reduce my anxiety and [helped me] figure out how to get from the airport to the hotel," she added.