A team of researchers have discovered what appears to be a significant biological link between Zika virus and microcephaly, a birth defect linked to abnormally small head size and stunted brain development in newborns. 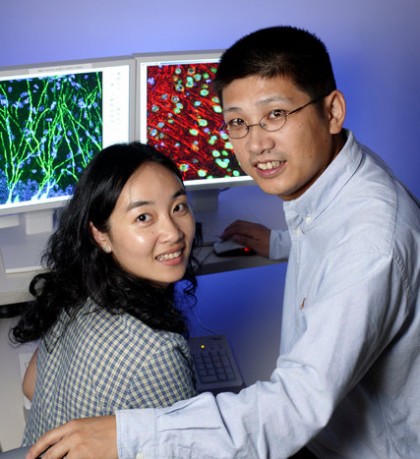 The study suggests these highly-susceptible cells could be used to screen for drugs that protect the cells or ease existing infections, the researchers say.

"Studies of fetuses and babies with the telltale small brains and heads of microcephaly in Zika-affected areas have found abnormalities in the cortex, and Zika virus has been found in the fetal tissue," says Guo-li Ming, a professor of neurology and neuroscience in the Johns Hopkins Institute for Cell Engineering. "While this study doesn't definitely prove that Zika virus causes microcephaly, it's very telling that the cells that form the cortex are potentially susceptible to the virus and their growth could be disrupted by the virus."

Ming led the research team along with Hongjun Song, a professor of neurology and neuroscience in the Institute for Cell Engineering, and Hengli Tang, a virologist at Florida State University.

The Zika virus began spreading throughout the Americas last year, and a corresponding rise in cases of fetal microcephaly (as well as other neurologic abnormalities) led public health experts to suspect a link. The potential connection, paired with the large number of cases—particularly in Brazil—prompted the World Health Organization to declare Zika virus an international public health emergency.

A definitive causal link between Zika and microcephaly has not been established, but the new research—conducted in less than a month—is a step in that direction.

"I think the study is going to be incredibly important to the understanding of how microcephaly develops," says Jeanne Sheffield, director of the Division of Maternal-Fetal Medicine at JHU's School of Medicine, who was not part of the study. "We're pretty sure there is an association, and this study will help us better determine a true causal link. Not only does it give us more data that there is a link, but it's also giving us data that we didn't have about what is going on at the cellular level. That is huge."

The experiments began when Tang reached out to Ming and Song, who use stem cells to study early brain development. The Johns Hopkins labs sent team members and cells to Tang's lab, where the cells were exposed to Zika virus. Then the cells' genetic expression—evidence of which genes were being used by the cells and which weren't—were analyzed in Peng Jin's laboratory at Emory University.

According to Tang, three days after exposure to the virus, 90 percent of the cortical neural progenitor cells were infected and had been hijacked to churn out new copies of the virus. Furthermore, the genes needed to fight viruses had not been switched on, which is highly unusual, Tang adds. Many of the infected cells died, and others showed disrupted expression of genes that control cell division, indicating that new cells could not be made effectively.

Song and Ming are now using the cells to find out more about the effects of Zika infection on the developing cortex.

"Now that we know cortical neural progenitor cells are the vulnerable cells," Song says, "they can likely also be used to quickly screen potential new therapies for effectiveness."

Zika virus was first discovered in Uganda in the 1940s, and since then small outbreaks have appeared in Asia and Africa. But symptoms in those cases were generally mild and did not appear to have any long-term effects. The virus is largely transmitted by mosquito bites, though transmission through sexual contact or intrauterine infection is possible. 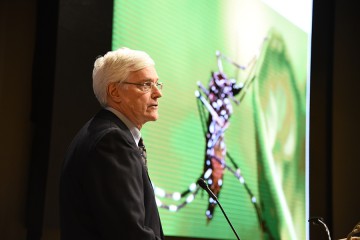