When Frederick Scott was a high-schooler in Baltimore in the 1940s, his friends presented him with a mocking dare: try to apply to Johns Hopkins University. He accepted their challenge, first writing to the administration to inquire bluntly "if they accepted Negroes in here." With a strong application and test scores, Scott succeeded in becoming the first black undergraduate in Hopkins' history, a milestone en route to a career as an engineer and technical editor. 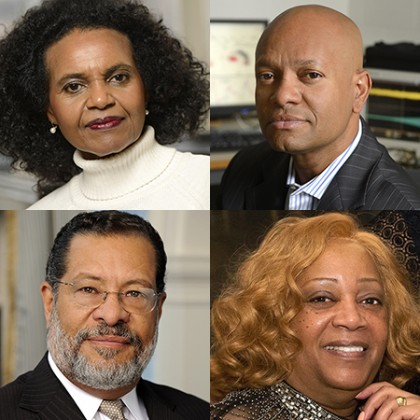 Today Scott is one of 59 individuals honored in the Indispensable Role of Blacks at Johns Hopkins exhibit, which celebrates the contributions that black men and women have made to the institution throughout its history.

The exhibit, which exists both online and as a free-standing display in Hodson Hall, includes short biographies and photographs of a range of Hopkins-affiliated trailblazers, from physicians and inventors to custodians, artists, entrepreneurs, and activists. That list includes Levi Watkins, cardiac surgeon and civil rights advocate; Eileen Cline, the first black dean of the Peabody Conservatory; and Minnie Hargrow, who started working in the JHU cafeteria in 1947 and rose to become assistant to the president by the time she retired six decades later.

First launched in 2011 by the Black Faculty and Staff Association, the Indispensable Role of Blacks exhibit has grown each year with new inductees. At the BFSA's annual Juneteenth celebration—scheduled this year for June 17 at the Glass Pavilion on the Homewood campus—four new members will be inducted:

Scientist, engineer, and professor at the Whiting School, Etienne-Cummings has made a name for himself with his years-long quest to develop a spinal implant to help people paralyzed from the waist down. His varied research interests include applied neuroscience, mobile robots, and neural prosthetics. At Johns Hopkins, Etienne-Cummings has sponsored a number of diversity and mentoring programs and is active in efforts to recruit more black faculty members.

After graduating from Johns Hopkins in 1974, March remained in Baltimore to help with his family business, March Funeral Homes—a mainstay in the city's black community and the largest independent funeral home on the East Coast. Today he's vice president of that business as well as president of the King Memorial Park Cemetery in Randallstown, Maryland. Several years ago, March also helped found Apples & Oranges Fresh Market to provide healthy food to underserved Baltimore communities.

Rowe has traveled the world as an opera singer, bringing her voice to renowned theaters and opera houses in performances like "Porgy and Bess" and "The Marriage of Figaro." She's also worked in several capacities as an arts educator—​including the 13 years she's spent as a voice instructor for students of all ages at Peabody Preparatory. Rowe also serves as a consultant at the Kennedy Center, helping to develop arts education programs throughout the country.

Before she retired last year after 23 years of service with Johns Hopkins, Savage worked in variety of IT roles on the Homewood campus and made a mark with the weekend tech training program she started for employees who wanted to enhance their digital skills. She was an active leader of the BFSA, serving as three-term president and helping to create the Indispensable Role of Blacks exhibit of which she will now be a part.

In selecting the honorees, a BFSA committee reviews nominations submitted year-round by the public. Nominations for the next class of inductees can be submitted via a form on the BFSA's website. 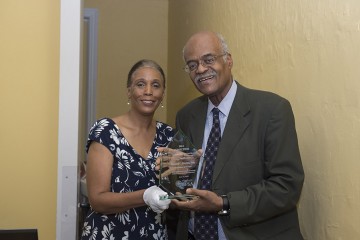