Teams challenged to build structures out of linguine, marshmallows 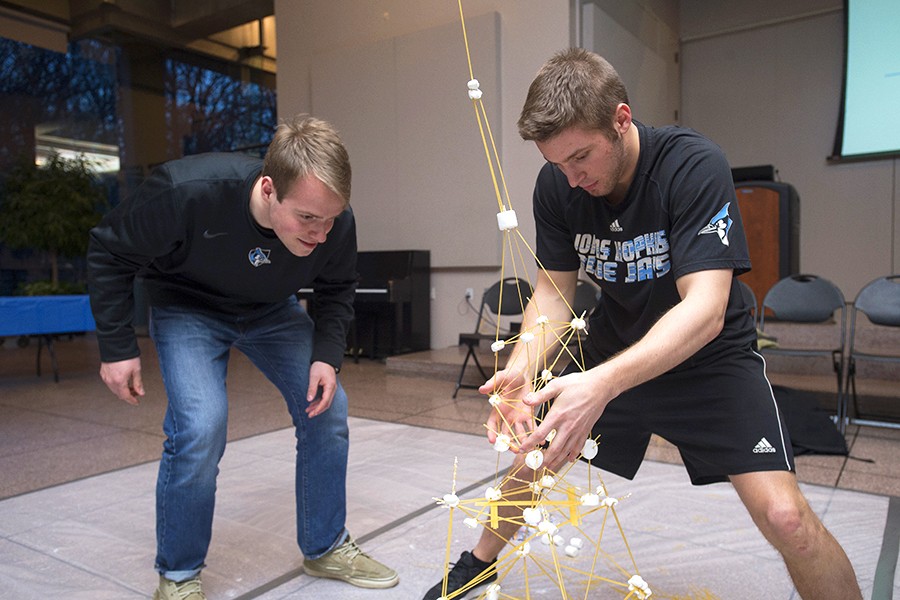 Daniel Kaganov entered Theta Tau's "Tower of Power" competition because he thought it would be fun. Besides, the coordinators of the event held Monday evening in Johns Hopkins University's Glass Pavilion promised free pizza and soda afterwards. 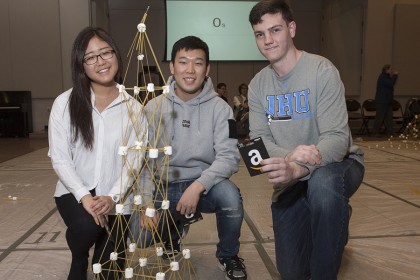 Little did Kaganov—a double-major in chemistry and computer science—know that his chemistry acumen would come in so handy.

"As we were building, I kept thinking the tetrahedral structure was like a carbon atom," said the sophomore, who, along with teammates Jeesoo Kim and Jun Ha Park, won the competition with a 49-inch structure constructed of dry San Giorgio linguine and fluffy Jet-Puffed marshmallows.

Held annually to kick off National Engineers Week at JHU, the "Tower of Power" event challenges teams made up of undergraduates, graduate students, alumni, and area middle school students—a team from Bryn Mawr took first place in the competition's the middle school division—to engineer the tallest possible towers from uncooked pasta and candy in 30 minutes.

"Ours was looking OK until it wasn't," quipped Daniel Swann, a computer science master's student, whose creation collapsed right before judging. "But we came just to have fun, and we did."