Why is breaking bad habits hard? Our brains are biased by past rewards

Johns Hopkins study shows how dopamine influences what we pay attention to, even if we don't realize it

The human brain is wired to pay attention to previously pleasing things—a finding that could help explain why it's hard to break bad habits or stick to New Year's resolutions.

In the new issue of Current Biology, Johns Hopkins University neuroscientists demonstrate for the first time that when people see something associated with a past reward, their brain flushes with dopamine—even if they aren't expecting a reward and even if they don't realize they're paying it any attention. The results suggest we don't have as much self-control as we might think.

"We don't have complete control over what we pay attention to," said senior author Susan M. Courtney, a professor in JHU's Department of Psychological and Brain Sciences. "We don't realize our past experience biases our attention to certain things."

This could be why it's so hard for people to break the cycle of addiction and why dieters keep thinking about fattening food when they're trying to eat better.

"I could choose healthy food or unhealthy food, but my attention keeps being drawn to fettuccini Alfredo," Courtney said. "What we tend to look at, think about, and pay attention to is whatever we've done in the past that was rewarded."

Distracted by doughnuts: How your brain works against your best intentions 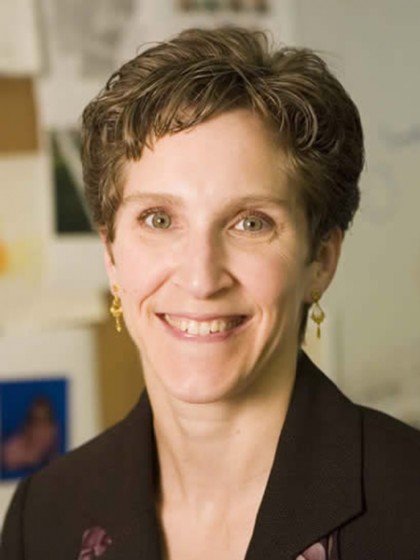 For their study, the researchers asked 20 participants to find red and green objects on a computer screen filled with different colored objects. Participants got $1.50 for finding red objects and 25 cents for finding green ones. The next day, while brain scans (positron emission tomography, or PET scans) were conducted, researchers asked participants to find certain shapes on the screen. Color no longer mattered and there was no reward involved. But when a red object appeared, participants automatically focused on it and a particular part of their brain involved in attention filled with dopamine, a brain chemical proven to be released when we receive rewards.

People in the study found the shapes they were looking for; they were just slower doing it. The previously rewarded "red" distracted them.

"What's surprising here is people are not getting rewarded and not expecting a reward," Courtney said. "There's something about past reward association that's still causing a dopamine release. That stimulus has become incorporated into the reward system."

Some of the test subjects were more distracted by the previously rewarded red than others. Those who were most distracted had the most elevated dopamine levels while those who were better able to focus on the task at hand appeared to have suppressed any release of dopamine.

The findings suggest there could be a way to pharmaceutically curb these neurochemical distractions—a potential benefit for addicts, dieters, and those with other problem behaviors.

When Yantis died, Courtney and students in the Yantis lab felt strongly that his work had to continue. Courtney, who Yantis recruited to Johns Hopkins, took on his research program and "adopted" his students into her lab. Over the past year, their combined teams have worked to finish Yantis' final projects and launch new ones that combine his ideas with Courtney's. This paper's lead author, Brian Anderson, was a graduate student in the Yantis lab and now works for Courtney as a postdoctoral researcher.

"This is the kind of challenge that defined the career of Steven Yantis," said Anderson, who stayed at Johns Hopkins for an extra year to finish this study and related projects. "A brilliant experimentalist with interests in cognitive neuroscience, Steve had a real knack for elegantly isolating a cognitive process in the brain. This project is a reflection of who he was as a scientist and the impact that had on me through his mentorship. That legacy really motivated all of us to see this project through."