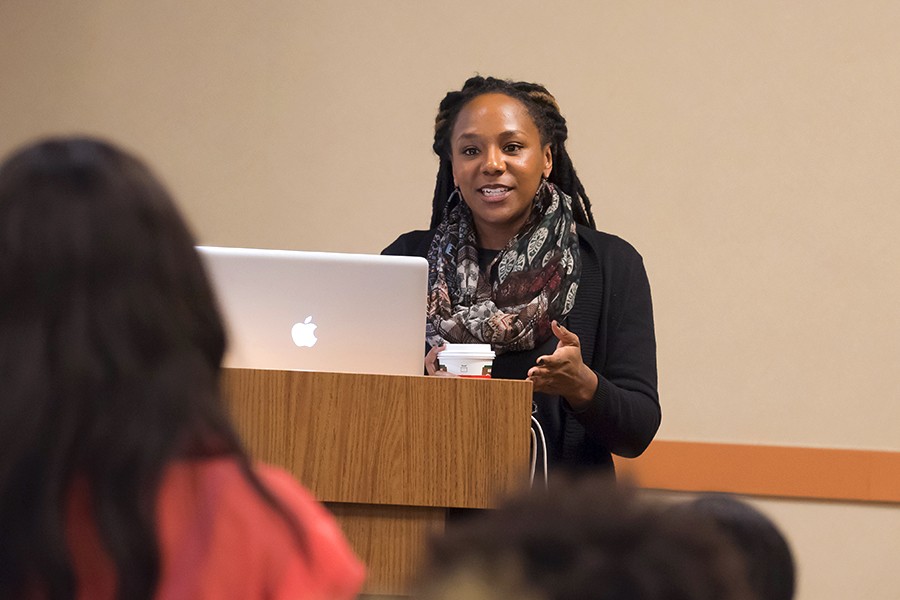 During the loaded Confederate flag controversy in South Carolina this past summer, one image stood out: That of a young woman scaling the 30-foot flagpole in front of the statehouse in Columbia, physically removing the red-and-blue flag by hand.

That activist, Bree Newsome, visited Johns Hopkins University on Wednesday evening to talk about that memorable event, and about activism in general.

Newsome—who was promptly handcuffed and arrested once she shimmied back down to the ground following her June 25 act of protest—is recognized as a catalyst for the flag's official removal less than three weeks later, by order of law. The battle flag had marked the entrance to the statehouse since 1962.

Though the flag had always been polarizing, for many, including Newsome, its symbolism became unbearable after the murder of nine black churchgoers in Charleston, S.C., on June 17.

"As long as I live, I will never forget the night of the Charleston massacre," she said during her talk at Charles Commons.

In online manifestos, the assailant had posted images of himself posing with the Confederate flag. To Newsome, who was already active then as a community organizer in North Carolina, "it was absolutely intolerable for that flag to fly another day."

Newsome talked about her interpretations of activism, noting that she became engaged after a visit to the Old Slave Mart Museum in Charleston in 2013.

"That moment in that slave mart stirred my soul," she said, "and I felt a deeper connection to my ancestors."

It was the same summer of voting rights controversies in the South, and the summer of Trayvon Martin's death. The latter, Newsome said, evoked for many connections to the 1955 lynching of Mississippi teen Emmett Till, an event that helped to launch the Civil Rights Movement.

Newsome—who identifies herself on Twitter as a filmmaker, singer, songwriter, and Freedom Fighter—works as an organizer with The Tribe grassroots group in Charlotte. She attended high school in Columbia, Maryland and studied film at New York University, winning awards for her short film Wake.

While Newsome credited the "power of social media" as a key driver of today's activist movements, such as Black Lives Matter, she added "it is not a replacement for traditional bare-bones organizing." Asked about the lack of a strong individual figurehead for the current movements, Newsome said she sees it as positive.

"There has to be constant leadership development," she said. Though history paints Martin Luther King Jr. as the centerpiece of the Civil Rights Movement, "the movement was never monolithic," she said.

The talk was the first in a series called "Candid Conversations in the Commons," hosted by JHU's Office of Multicultural Affairs. On Monday, entrepreneur and business leader Angelica Ross will speak about transgender issues.

Carla Hopkins, the office's assistant director of diversity education and community partnerships, said at a time when social justice is a passionate interest on campus, her goal in bringing in Newsome was to demonstrate that "everyday, ordinary people can make a difference."

Through its partnership with Baltimore City College, the university also helped arrange Newsome's talk with about 125 high-schoolers there earlier in the day, Hopkins said. 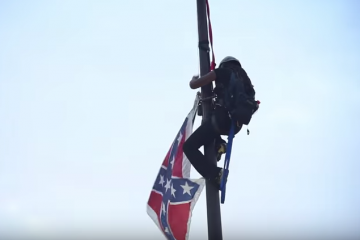