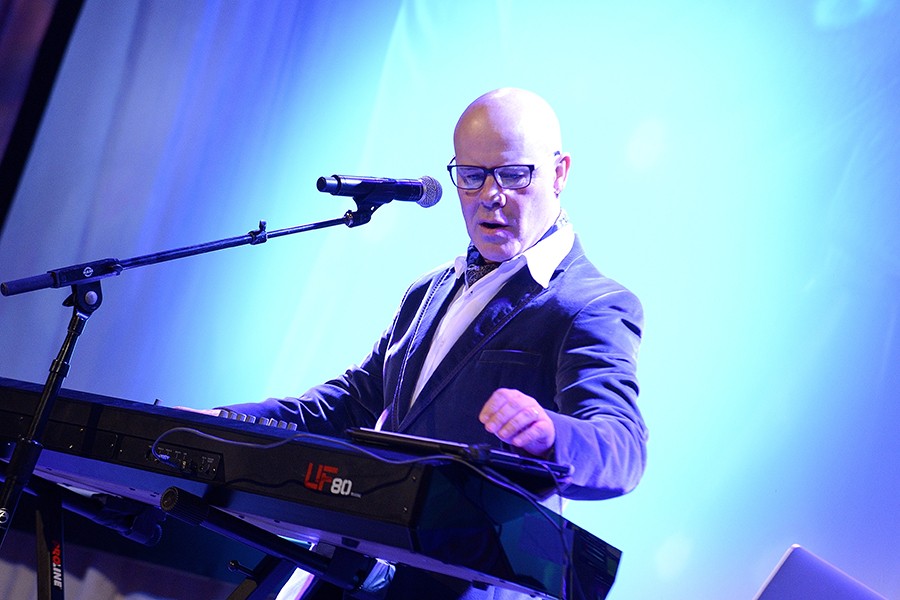 Thomas Dolby, a 1980s pop music icon and a professor of the arts at Johns Hopkins University, will be among the headline performers at next month's inaugural Light City Baltimore festival, event organizers announced earlier this week.

For more than three decades, Dolby—perhaps best known for his 1982 synthpop hit "She Blinded Me With Science"—has been a pioneer in the digital music industry, working alongside artists including David Bowie, Stevie Wonder, Foreigner, Joni Mitchell, and George Clinton.

He joined the faculty at Johns Hopkins in 2014 as Homewood Professor of the Arts and serves as the artistic director for the Program in Sound on Film at Station North, helping to lead the university's efforts in Baltimore's blossoming arts and entertainment district.

Light City Baltimore, which runs from March 28 to April 3 in Baltimore's Inner Harbor, is the first large-scale, international light festival in the United States. The festival's 50 attractions will celebrate ideas, ingenuity, and creativity through art, music, and innovation. Other headliners include Baltimore artist Dan Deacon and Philadelphia's DJ Jazzy Jeff.