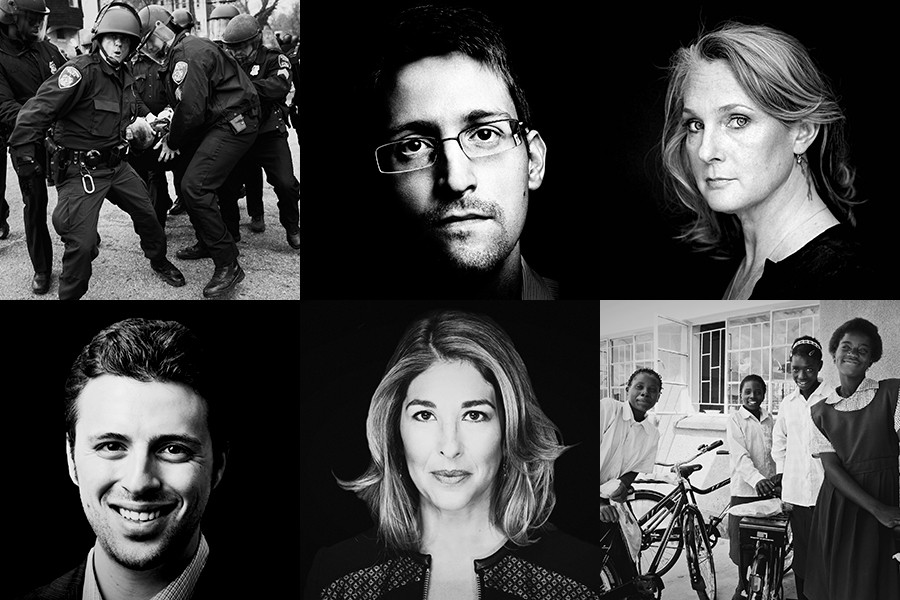 National Security Agency whistleblower Edward Snowden, the author of a bestselling book about life in a women's prison, and the founder of Vox.com are among those who will speak at Johns Hopkins University during the spring semester as part of the 2016 Foreign Affairs Symposium.

The annual speaker series, founded in 1998, is run by Johns Hopkins students and sponsored by the university's Office of Student Development and Programming. All events are free and open to the public; reserved seats can be purchased in advance through jhutickets.com.

Kerman is the author of the book "Orange Is the New Black: My Year in a Woman's Prison," which was adapted for television as the popular Netflix series. She is an advocate for prison reform and teaches writing at correctional facilities in Ohio. More information about this event

In 2013, Snowden sparked a worldwide debate on the government's collection of private information when he revealed documents detailing the NSA's surveillance practices. He has received many honors for his actions, including The Guardian's Person of the Year and a spot on TIME's 100 Most Influential People in the World. Snowden—who lives in an undisclosed location in Russia, where he has been granted temporary asylum—will appear via a live video broadcast. More information about this event

Klein is an environmentalist and the author of "This Changes Everything: Capitalism vs. The Climate," one of The New York Times 100 Notable Books of 2014. In the book she argues that global capitalism and climate change are bound together. In 2015, the book was adapted into a documentary. More information about this event

Klein, a journalist who founded the news site Vox.com in 2014, has written for The Washington Post, where he managed "Wonkblog," one of the paper's best-read blogs. He also serves as a commentator on MSNBC programs such as "The Rachel Maddow Show," "Hardball with Chris Matthews," and "The Last Word with Lawrence O'Donnell." More information about this event

March 22 - Panel on the Future of Policing in America

Founded in 2005, World Bicycle Relief is an international nonprofit organization committed to bicycle distribution in rural Africa. By getting people bicycles, the group hopes to give people better access to education, health care, and economic opportunities. More information about this event