Mothers who are obese, diabetic are more likely to have children with autism

Researchers found that mothers with both conditions were at least four times more likely than healthy weight mothers to give birth to children diagnosed on the autism spectrum. Their findings, published in the journal Pediatrics, contribute to growing evidence that the risk of autism develops before birth.

According to the U.S. Centers for Disease Control and Prevention, the prevalence of autism has skyrocketed since the 1960s, with one in 68 children in the U.S. now affected by the neurodevelopmental condition. Over the same time period, obesity and diabetes have also reached epidemic levels in women of child-bearing age.

Though previous research has linked autism to maternal diabetes, this Hopkins study is believed to be the first to look at obesity and diabetes in tandem as risk factors.

Researchers analyzed 2,734 mother-child pairs from the Boston Medical Center between 1998 and 2014. They followed the babies from birth through childhood, identifying 102 diagnoses of the autism spectrum disorder. Their findings revealed that obese mothers with diabetes—whether pre-pregnancy or gestational—were more than four times as likely to have children with autism.

"It's important for us to now try to figure out what is it about the combination of obesity and diabetes that is potentially contributing to sub-optimal fetal health," says study co-author M. Daniele Fallin, director of the Wendy Klag Center for Autism and Developmental Disabilities at the Bloomberg School and chair of the Department of Mental Health. The study was led by Xiaobin Wang, the Zanvyl Krieger Professor in Child Health at the Bloomberg School and director of the Center on the Early Life Origins of Disease.

Though both obesity and diabetes are known to cause general stress on the body, scientists don't yet fully understand the biology of why the two conditions contribute to autism risk. Previous research has linked maternal obesity with inflammation of the fetal brain and lowered levels of folate, a B-vitamin essential for development.

Regardless of the future studies warranted, the Hopkins researchers stress that better management of weight and diabetes can have lifelong impacts on both mother and child.

"In order to prevent autism, we may need to consider not only pregnancy, but also pre-pregnancy health," Fallin says. 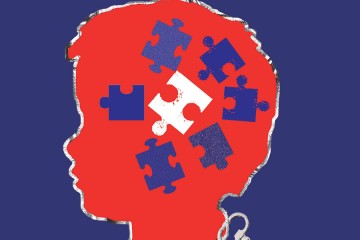