David M. Rubenstein, co-founder and co-chief executive officer of The Carlyle Group, will deliver the graduation address at the commencement ceremony of the Johns Hopkins Carey Business School on May 17, 2016, at Royal Farms Arena in Baltimore. 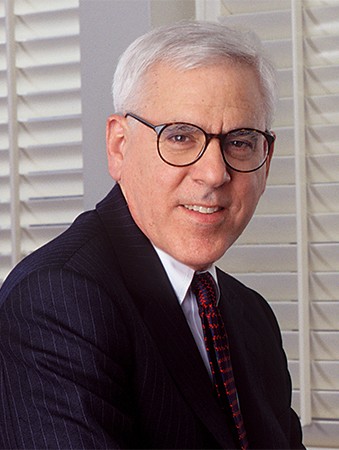 The Carlyle Group, co-founded by Rubenstein in 1987, is a global alternative asset manager with more than $188 billion in assets under management.

"Mr. Rubenstein is a very successful business leader and exemplary citizen with a long-standing commitment to higher education," said Bernard T. Ferrari, dean of the Carey Business School. "I know our graduates will benefit from his insights."

Rubenstein is a member of the American Academy of Arts and Sciences, the Business Council (vice-chairman), visiting committee of the Kennedy School of Government at Harvard, the Harvard Business School board of dean's advisors, the board of trustees of the Young Global Leaders Foundation, advisory board of the School of Economics and Management at Tsinghua University (chairman), the Madison Council of the Library of Congress (chairman), and the International Business Council of the World Economic Forum.