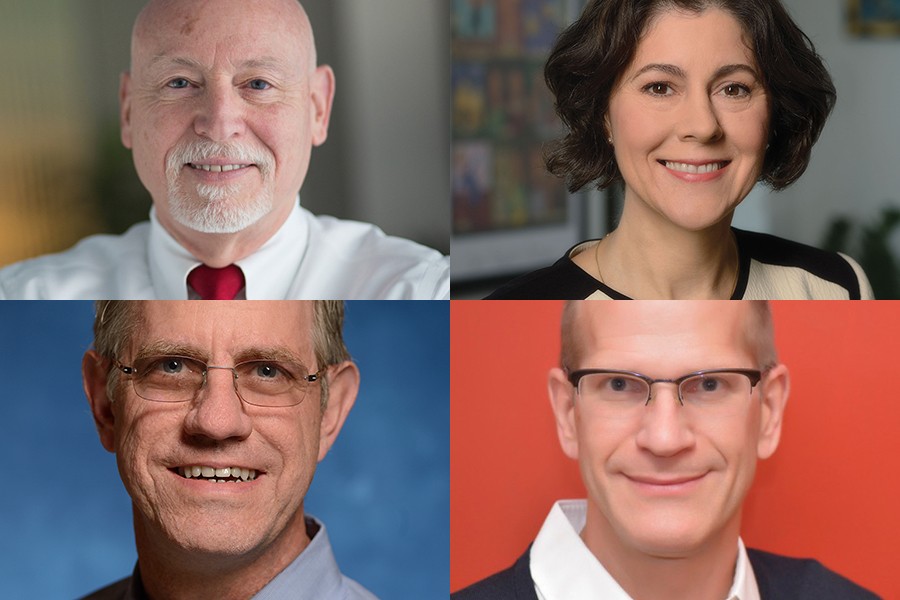 Four researchers from Johns Hopkins University are among 347 new fellows from around the world elected to the American Association for the Advancement of Science. AAAS fellows are elected by their peers and honored for their scientifically or socially distinguished efforts to advance science or its applications.

The names of all awardees will be published in the "AAAS News and Notes" section of Science magazine later this week. The newly elected fellows will be awarded a certificate and a rosette pin during the AAAS Fellows Forum at the 2016 AAAS annual meeting in Washington, D.C., on Feb. 13.

Hemker and his students have employed atomic resolution electron microscopy and microscale mechanical testing to change the way the materials community thinks about and understands the mechanical behavior of advanced materials. According to AAAS, he was elected a fellow "for discoveries in underlying atomic-scale processes governing mechanical behavior of advanced materials systems, including nanocrystalline, micro-lattice, thermal barrier, and high-temperature materials."

Matunis won recognition "for the discovery of sumoylation, and elucidation of the mechanisms regulating the conjugation of SUMO to proteins and its associated effects on cellular functions." SUMO proteins are dynamically attached to hundreds of other proteins in the cell to regulate the functions of those proteins and a wide range of processes critical for normal cell growth and proliferation. Matunis' research group has revealed important insights into how SUMO modification of proteins promotes repair of damaged DNA and accurate segregation of chromosomes in mitosis. These studies have implications for understanding the development and progression of a variety of human diseases, including cancer, diabetes, and neurological diseases.

Scott was elected "for distinguished contributions to the field of parasite molecular biology and immunology, including first report on the genomic sequence and organization of a multicellular parasite." Scott investigates the cross-talk that takes place between parasitic nematodes and the immune system, and how these molecular interactions promote parasite persistence and contribute to debilitating disease. His contributions include his role in the genome sequencing project of the human filarial nematode parasite Brugia malayi, the first multicellular parasite genome to be sequenced.

Wendland is being recognized "for groundbreaking studies on the genetic, molecular, biochemical, and biophysical mechanisms underlying endocytosis." Wendland and her team study fundamental cellular processes using yeast cells as a simple model system. Discoveries about how yeast cells function can also teach us about human maladies, such as neurodegenerative diseases or cancer. Her lab's work may ultimately identify new targets for treatments, such as enhanced delivery of gene therapies.

Editor's note: Kevin Hemker's department affiliation was misstated in an earlier version of this article.