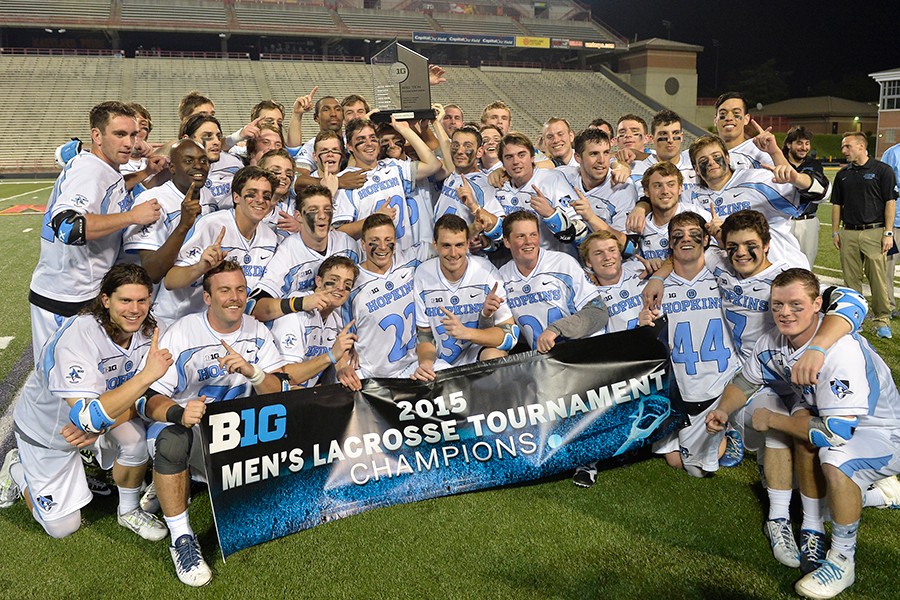 The 2016 Johns Hopkins University men's lacrosse schedule was released Wednesday evening, a 13-game slate that begins Feb. 9 at Navy and wraps up with an April 30 visit from rival Maryland, the NCAA runner-up a year ago.

The Blue Jays will also play host to the Big Ten Conference tournament at Homewood Field on May 5-7.

The Blue Jays open their five-game Big Ten Conference slate on April 2 at Rutgers. This will be their second season as a member of the conference

JHU will play the first of two preseason games on Jan. 30 at defending national champion Denver and also visits Georgetown for a preseason game on Feb. 5.

The Blue Jays went 11-7 a year ago, winning the Big Ten tournament and advancing to the NCAA semifinals, where they fell 12-11 to Maryland.