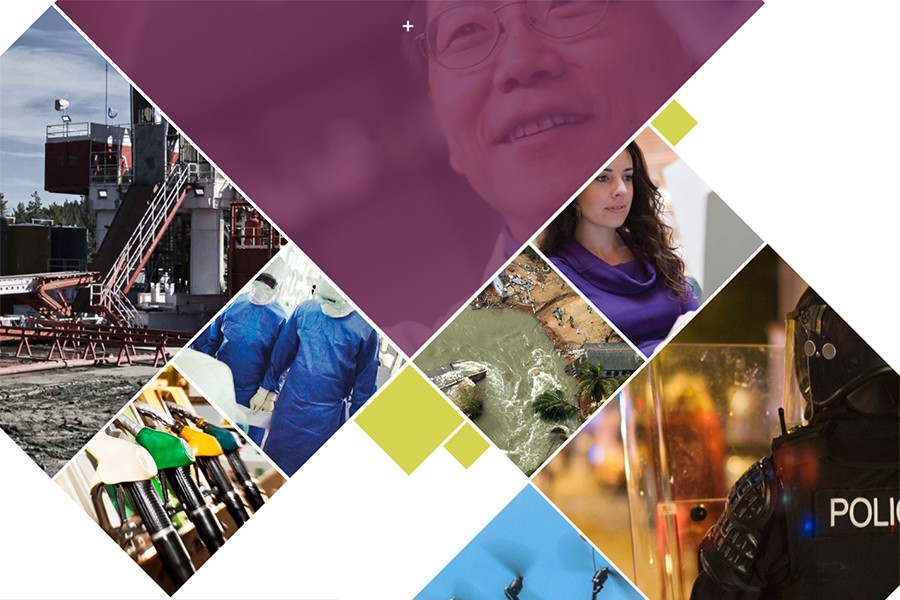 The Johns Hopkins Bloomberg School of Public Health has released a striking showcase of 25 of their proudest accomplishments and most important stories from the 2014-2015 academic year.

YearLook: Micro/Macro is a dynamic website featuring stories of research, education, practice, and other notable milestones aiming to reflect the breadth and depth of the school's work—in the lab, in the classroom, and in the field.

There's the story of Rachel Chase, a PhD student who developed a statistical model for estimating the number of traumatic brain injuries in combat veterans during the early years of the Iraq war, at which time the military didn't screen for or report incidence of TBI.

Read an outline of a plan for encouraging vaccination among skeptical parents (step one: "cool the rhetoric," followed by "address fears with science"), or the op-ed by the director of the Johns Hopkins Center for Refugee and Disaster Response on the need for more accountability on the front lines of disaster relief to ensure funds are allocated responsibly.

There's also the account of a town hall meeting following the civil unrest in Baltimore, in which a police officer relates that "all I know how to do is survive, and go from call to call, and deal with trauma."

This digital snapshot of the high-profile work conducted by the Bloomberg School of Public Health is, in the words of Dean Michael J. Klag, an opportunity to "take a step back for a wide-lens look at a year in the life of the Bloomberg School," and a chance to "celebrate some of the work that will take us into our second century."

Read these and other stories by visiting the YearLook website.