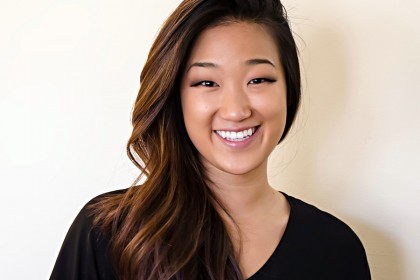 A native of Irvine, California, Hahm plans to attend law school after graduation. A Dean's List student, Hahm is a member of Phi Mu Sorority and has been involved with JHU dance marathons that benefit the Johns Hopkins Children's Center.

Founded in 1888 to further mathematical research and scholarship, the American Mathematical Society fulfills its mission through programs and services that promote mathematical research and its uses, strengthen mathematical education, and foster awareness and appreciation of mathematics and its connections to other disciplines and to everyday life. Waldemar J. Trjitzinsky was born in Russia in 1901 and received his doctorate from the University of California, Berkeley, in 1926. He spent most of his career at the University of Illinois, Urbana-Champaign, where he remained for the rest of his professional life.