After a series of tests conducted in NASA's reduced-gravity aircraft—the so-called "vomit comet"—two Johns Hopkins researchers have gathered the first evidence that genetic sequencing can be done in space. 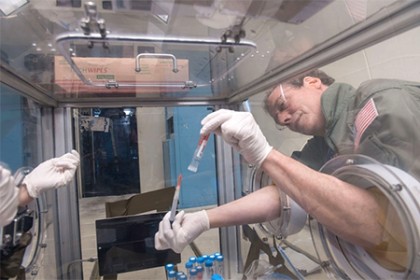 They worked aboard a NASA aircraft that flies in sweeping parabolas to simulate the weightlessness of space. The zero-gravity maneuver lasts for about 25 seconds out of every 65 seconds of flight time.

"I was in heaven from the first second," Feinberg told Nature. "I absolutely loved it."

Feinberg and Mason are two of the ten principal investigators on NASA's Twins Study, an experiment that closely tracks biological changes between twin astronauts Mark and Scott Kelly. Scott is currently aboard the ISS for a year, regularly sending back biological samples for researchers on the ground to compare with those from his brother on Earth.

One of the reasons for testing techniques such as these is to see whether astronauts will be able to sequence their own DNA during future long-term spaceflights, Feinberg says. "I really have to give NASA huge credit in allowing us to do this," he says. "They're very curious people. They really want to know." 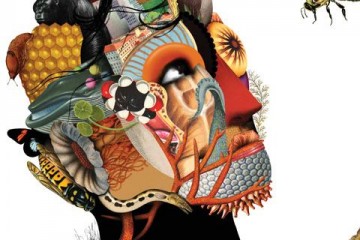