Marc Greenberg, a professor in the Department of Chemistry in Johns Hopkins University's Krieger School of Arts and Sciences, has been awarded a 2016 Arthur C. Cope Late Career Scholars Award by the American Chemical Society. 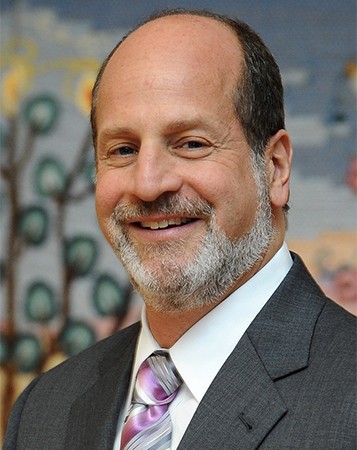 Greenberg is one of four scholars receiving the award, which recognizes and encourages excellence in organic chemistry among researchers who have at least 25 years of experience since receiving their terminal degree.

"When I started graduate school more than 30 years ago, I never imagined receiving such an honor," Greenberg said. "I am grateful to past and current trainees in my lab whose efforts made this possible. This recognition of our research helps motivate me to continue searching for additional discoveries."

Taking chemical and biochemical approaches to the study of DNA damage and repair and their applications, Greenberg studies how DNA damage occurs, how it can be detected, the biological results of this damage, and how it can be fixed. DNA plays a critical role as the carrier of genetic information, and the DNA damage and repair processes are important in aging and a variety of genetically based diseases, such as cancer.

His research group co-pioneered the approach for studying how nucleic acids are oxidized using organic chemistry to generate reactive intermediates that are produced by ionizing radiation, antitumor antibiotics, and other DNA-damaging agents.

Greenberg earned his PhD in chemistry from Yale in 1988. He spent the early part of his academic career in the Chemistry Department of Colorado State University before coming to Hopkins in 2002. He is a member of the graduate program in the Department of Pharmacology and Molecular Sciences in the School of Medicine and also a faculty participant in the Program in Molecular Biophysics and the Chemistry–Biology Interface Program. Greenberg was the founding director of the latter program, which is supported by an NIH training grant.

Greenberg has held fellowships from the American Cancer Society and the Alfred P. Sloan Foundation and is an American Association for the Advancement of Science Fellow.