You're about to drive through an intersection when the light suddenly turns red. But you're able to slam on the brakes, just in time. 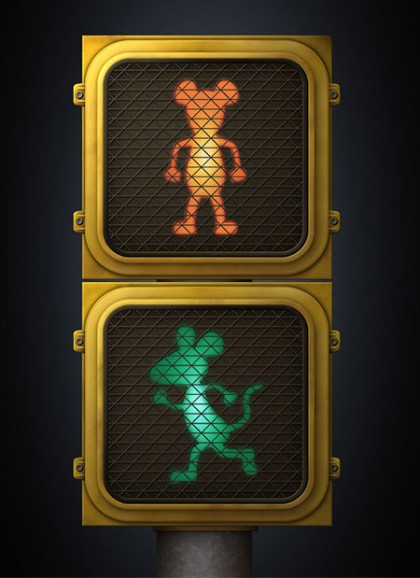 Johns Hopkins University researchers, working with scientists at the National Institute on Aging, have identified the precise nerve cells that allow the brain to make this type of split-second change of course. In the latest issue of the journal Nature Neuroscience, the team shows that these feats of self control happen when neurons in the basal forebrain are silenced.

"The study discovered a new role for basal forebrain neurons in the control of action," said Michela Gallagher, the Krieger-Eisenhower Professor of Psychology and Neuroscience. "This work opens the door to novel approaches focused on this circuit in certain neurological and psychiatric conditions that affect basic cognitive functions of the brain."

The ability to rapidly stop a behavior is critical for everyday functioning—allowing people crossing the street to freeze if a car surprises them, to not reach for their phone when it vibrates in their pocket during a meeting or, in the case of a batter, to stop from swinging at a bad pitch. A better understanding of the cognitive mechanics behind what's known as reactive inhibition, could help people suffering from neurological conditions where such control is diminished—everything from Alzheimer's disease and Parkinson's disease to Attention Deficit Hyperactivity Disorder and normal aging.

Scientists had assumed the ability to stop a planned behavior occurred in the basal ganglia, an area in the brain responsible for a variety of motor control functions including the ability to start an action or a behavior. However, this study demonstrates that the stop response happens in the basal forebrain, a part of the brain best known for regulating sleep, but also recognized as a site for early neurodegeneration in Alzheimer's disease.

The researchers trained rats to play a game where if the rats quickly moved after hearing a tone, they got a treat. The rats were also rewarded if they stopped moving when a light flashed. All the while the team monitored the rats for electrical signals in the basal forebrain.

The researchers trained rats to move quickly to get a treat. After hearing a tone, the rats would rush into a new port to lick sucrose water. But, when the tone was followed by a flash of light, the rats would have to immediately stay in place to get a treat. In other words, when the light flashed, the rule of reward reversed—instead of moving quickly to get reward, the rats had to cancel that planned response and stay still to get their treat.

While the rats performed the tasks, the team monitored the activity of individual basal forebrain neurons. The researchers were also able to get the rats to stop without using the flash of light by stimulating the same neurons with a small pulse of electricity.

"In the lab, we were able to manipulate these neurons, which caused rats to stop their behavior even though they had no reason to do so," said lead author Jeffrey D. Mayse, who conducted the research as a Johns Hopkins doctoral student and who is now a postdoctoral fellow at Brown University.

"Understanding how these cells are involved in this form of self-control expands our knowledge of the normal brain circuits involved in everyday decision-making and will be absolutely critical to developing future treatments and therapies for diseases and disorders with impaired reactive inhibition as a symptom."

In addition to Gallagher and Mayse, the research team included Geoffrey M. Nelson, Irene Avila and Shih-Chieh Lin of the National Institute on Aging.