Organizers link health, safety of children to success in school 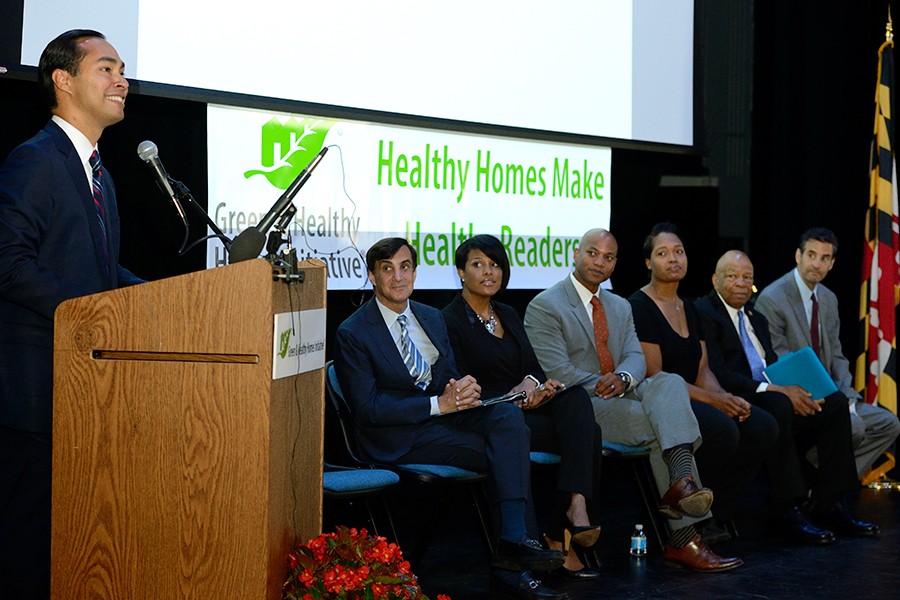 Image caption: Julian Castro, secretary of the U.S. Department of Housing and Urban Development, announces a $3.7 million Lead Hazard Reduction Demonstration grant to Baltimore City during an event at the Henderson-Hopkins School in East Baltimore. 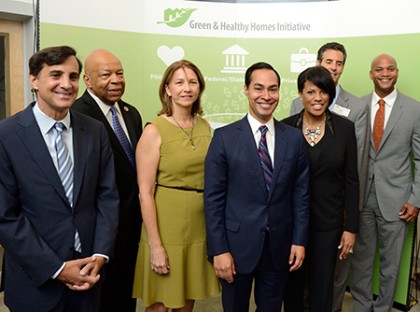 Castro announced that the Department of Housing and Urban Development has awarded a grant of more than $3.7 million to Baltimore to protect children from lead-based paint and other safety hazards.

"Every family deserves to live in a safe and healthy home where they can see their children thrive and excel," Castro said. "Communities will use these grants to help eliminate home-related hazards in neighborhoods across the country. A healthy home is vital to the American Dream."

"If our kids are missing school because of asthma or other ailments, or if they arrive here from homes that are full of lead paint, they cannot succeed academically," Daniels said.

"Our university often talks about our role—our obligations—as an anchor institution in Baltimore. But we also welcome and seek out partners who share our aims. The group gathered here today represents a powerful collection of government, nonprofits, and foundations, all focused on the same goals—supporting the children of Baltimore."

Also see: Baltimore to get $4 million to address lead paint in homes (The Baltimore Sun)

Lead, a harmful neurotoxin linked to stunted growth, kidney damage, and delayed development, has been banned from household paints in the U.S. since 1978, but lead paint remains common in Baltimore due the prevalence of poverty and older homes in the city. A 2013 report by the Maryland Department for the Environment noted that 65,000 children in Baltimore were identified as having dangerously high levels of lead in their blood from 1993 to 2013. According to the 2013 data, Baltimore's lead poisoning rate among children under age of 6 is more than twice the national average.

Today's event was hosted by the Baltimore-based Green & Healthy Homes Initiative, the nation's largest organization focused on healthier housing. The group, which is now operating in 25 cities, has worked for three decades to improve living conditions for children, families, and seniors by making systemic home improvements that reduce the risks of lead-paint poisoning, asthma, and other health hazards. The theme for the gathering was "Healthy Homes Makes Healthy Readers."

"By improving energy efficiency, addressing environmental health factors that exacerbate asthma, and fixing hazards like lead paint, we improve grade-level reading scores, reduce school absences, increase a parent's ability to get to work, and lower housing costs," GHHI President and CEO Ruth Ann Norton said. "These investments in proven healthy, safe, and energy-efficient housing interventions simply work. And we have the data to prove that."

The grant to Baltimore is among more than $48 million in Lead Hazard Reduction Demonstration grants awarded to 14 local and state government agencies today by the Department of Housing and Urban Development. The awards are aimed at reducing the number of lead-poisoned children and protecting families by targeting health hazards in nearly 3,200 low-income homes.