Return on investment in biomedical research on the decline, Hopkins researchers say 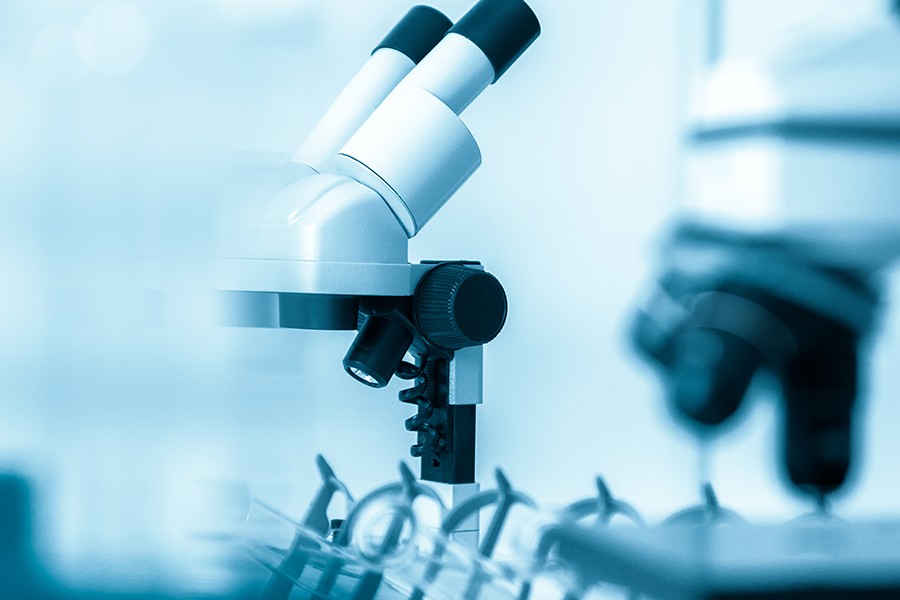 As the amount of money spent on biomedical research in the United States has grown over the past 50 years, there has been diminished return on investment in terms of life expectancy gains and new drug approvals, two Johns Hopkins Bloomberg School of Public Health researchers say.

In a report published Monday in the Proceedings of the National Academy of Sciences, the researchers found that while the number of scientists has increased more than nine-fold since 1965 and the National Institutes of Health's budget has increased four-fold, the number of new drugs approved by the Food and Drug Administration has only increased a little more than two-fold. Meanwhile, life expectancy gains have remained constant, at roughly two months per year.

"The idea of public support for biomedical research is to make lives better. But there is increasing friction in the system," says co-author Arturo Casadevall, professor and chair of the Department of Molecular Microbiology and Immunology at the Bloomberg School. "We are spending more money now just to get the same results we always have, and this is going to keep happening if we don't fix things."

Casadevall, who did the research with Anthony Bowen, a visiting scholar at the Bloomberg School and an MD/PhD student at Albert Einstein College of Medicine in New York, says that understanding the issues that are making the scientific process less efficient is a key to remedying the underlying problems.

"There is something wrong in the process, but there are no simple answers," Bowen says. "It may be a confluence of factors that are causing us not to be getting more bang for our buck."

Among the factors, they suggest, is that increased regulations on researchers—everything from the lengthy process of gaining consent to take blood samples for a study to cataloguing every trip to a conference for government oversight—add to the non-scientific burdens on scientists who could otherwise spend more time at the bench. Some have argued that the "easy" cures have been found and that to tackle Alzheimer's disease, most cancers, and autoimmune diseases, for example, is inherently more complex.

Casadevall and Bowen also cite "perverse" incentives for researchers to cut corners or oversimplify their studies to gain acceptance into top-tier medical journals, something that has led to what they call an epidemic of retractions and findings that cannot be reproduced and are therefore worthless.

"The medical literature isn't as good as it used to be," Casadevall says. "The culture of science appears to be changing. Less important work is being hyped, when the quality of work may not be clear until decades later when someone builds on your success to find a cure."

One recent study estimated that more than $28 billion, from both public and private sources, is spent each year in the United States on preclinical research that can't be reproduced, and that the prevalence of these studies in the literature is 50 percent.

"We have more journals and more papers than ever," Bowen says, "but the number of biomedical publications has dramatically outpaced the production of new drugs, which are a key to improving people's lives, especially in areas for which we have no good treatments."

The authors acknowledge that new drug approvals and life expectancy rates are not the only measures by which to judge the efficiency of biomedical research. But, they argue, when it comes down to it, when someone is sick, they either need medicine or surgery to save their lives and many times the medicines haven't been developed. Also, they say, life expectancy is a good measure of the overall system, because gains have been made due to research into seat belts and pedestrian safety as well as due to medical therapies.

Casadevall says that many of the best drugs being used to treat conditions today were developed many decades ago, including insulin for diabetes and beta-blockers for cardiac conditions. From 1965 to 1999, the NIH budget grew exponentially. Over the next four years, the budget doubled before a steady decrease from 2003 to 2014, which is larger than apparent because of the rapidly rising costs of scientific experiments. The cost per new drug, in millions of dollars of NIH budget, has grown rapidly since the 1980s, they say.

Casadevall doesn't doubt that more cures are out there to be found and that a more efficient system of biomedical research could help push along scientific discovery.

"Scientists, regulators and citizens need to take a hard look at the scientific enterprise and see which are problems that can be resolved," he says. "We need a system with rigor, reproducibility, and integrity, and we need to find a way to get there as soon as we can."