CEPAR to receive $50,000 from city to conduct 'after-action review'

Johns Hopkins' Office of Critical Event Preparedness and Response, the command center and clearinghouse for enterprisewide planning and response to critical events, has been asked to evaluate how Baltimore City agencies responded to the unrest in the city in April. 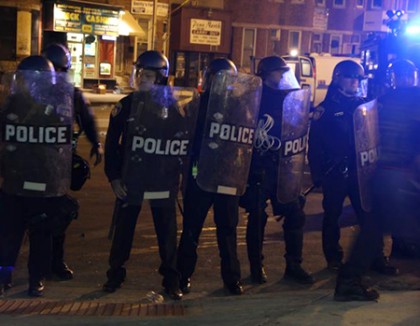 Image caption: Baltimore police officers in riot gear form a line to push back protesters and media on April 28, 2015.

The city's Board of Estimates today approved $50,000 for Johns Hopkins researchers to conduct an "after-action review" of the response to the looting and arson that took place after the April 27 funeral for Freddie Gray, a West Baltimore man who was injured in police custody and later died, The Baltimore Sun reported today. The review is expected to be completed by October, said Howard Libit, a spokesman for Baltimore Mayor Stephanie Rawlings-Blake.

CEPAR was established in the wake of the Sept. 11, 2001, terrorist attacks, in recognition of Johns Hopkins' potential to play a primary leadership role in the event of a major calamity in the region, such as an outbreak of anthrax or the city being enveloped in a radioactive cloud. The office brings together expertise and resources from both the university and health system and serves as the official voice for Hopkins in disaster planning and response. 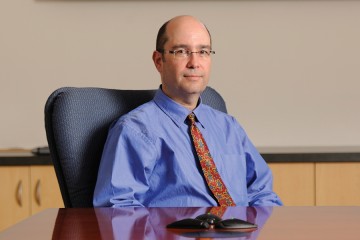