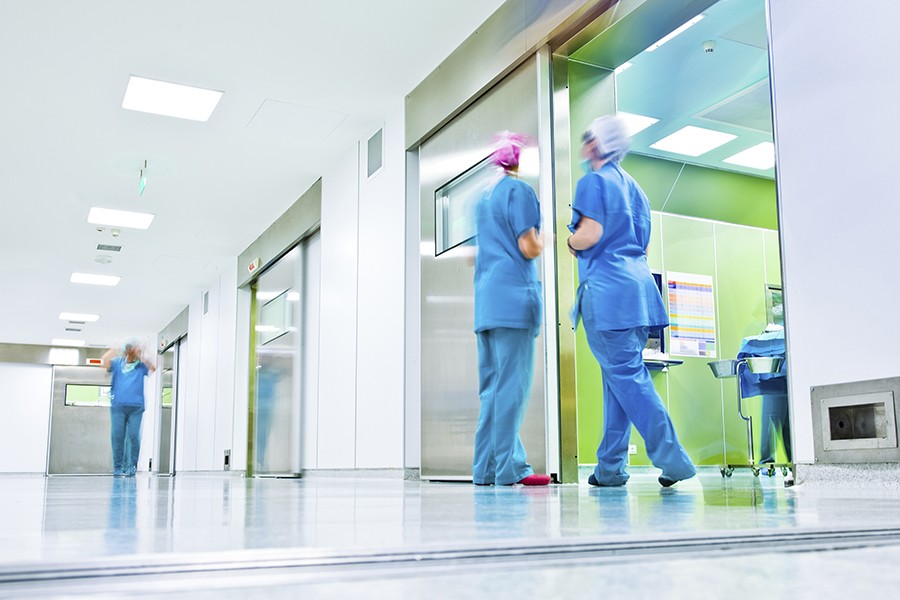 Based on responses to questionnaires and letters sent to CEOs and medical personnel from a nationwide sample of 53 hospitals, Johns Hopkins investigators have identified a handful of best practices they say are most likely to give patients a positive hospital experience, a sense of satisfaction, and the feeling they come first.

Hospitals nationwide are competing, in part, to promote the idea of patient-centered care, a concept that includes everything from safer and timelier care to patient satisfaction with the level of attention and amenities. The new survey, the researchers say, was designed to uncover how high-performing hospitals get that way.

In a summary of its survey findings, published in the August issue of the journal Medical Care, the Johns Hopkins team concluded that medical staff members and leaders at hospitals that already ranked high on patient experiences of care shared a devotion to consistency, personal and focused interactions with patients, and a culture that demands involvement of all levels of caregivers and services.

"It's not just about getting the physicians involved, or the nurses," says lead study author Hanan Aboumatar, an assistant professor of medicine at the Johns Hopkins University School of Medicine and a member of the Johns Hopkins Armstrong Institute for Patient Safety and Quality. "Everyone involved at the hospital, all the way up to top leadership, has to place a high priority on the needs of patients and their families."

For the survey, Aboumatar and her colleagues first identified 169 U.S. hospitals with a "top ranking" or a "most improved" designation based on their scores on the December 2012 Hospital Consumer Assessment of Healthcare Providers and Systems survey. The assessment is a national survey designed to measure patient experiences and satisfaction.

The Johns Hopkins team then sent letters to the CEOs of these hospitals, requesting participation in the study, and later anonymous questionnaires to key informants—including medical, nursing, and administrative leaders—at the 53 hospitals that agreed to participate. The team received responses from 138 key informants from 52 of the 53 hospitals.

The participating institutions—in terms of size, teaching status, and geographic location—were a fair representation of the national hospital landscape, in terms of size, focus, and location, Aboumatar says.

At the organizational level, the results of the survey showed 77 percent reported that a commitment to the patient and family was a part of their culture and a key reason for their high performance.

"It may seem a simple thing," Aboumatar notes. "But if leaders and staff members don't prioritize this commitment and link it to the greater mission, it becomes easier to lose sight of it in the hectic pace of hospital care."

At the operations level, responsiveness was a key element, Aboumatar says. A particularly common approach was the practice of proactive nurse rounds, reported in 83 percent of the surveyed hospitals. Proactive rounds have nurses visit patients individually at periodic intervals and ask a set of specific questions related to patients' care. Similarly, leader rounds—during which hospital leaders, including executives, visit patients and staff members to check on concerns or issues—were also common in the top hospitals, with 62 percent of hospitals reporting using such a practice.

Hospitals that were rated highly by their patients also promoted specific activities or behaviors, such as always making eye contact with patients or sitting at patients' bedsides, rather than standing or hovering over them.

"Importantly, we found that similar practices were occurring across the spectrum of the hospitals in our study," Aboumatar says. "It did not matter how many beds they had or whether they were an academic hospital. Also, these didn't need any high-tech resources. All that is required is commitment and a set of principles that any hospital can apply."

In addition to Aboumatar, other Johns Hopkins researchers involved in this study were Bickey Chang, Jad Al Danaf, Mohammad Shaear, Ruth Namuyinga, Sathyanarayanan Elumalai, Jill Marsteller, and Peter Pronovost. The study was funded by a grant from the Agency for Healthcare Research and Quality. 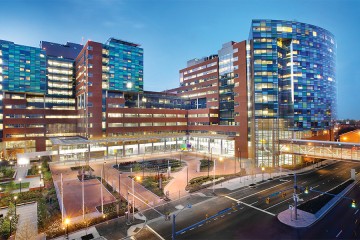