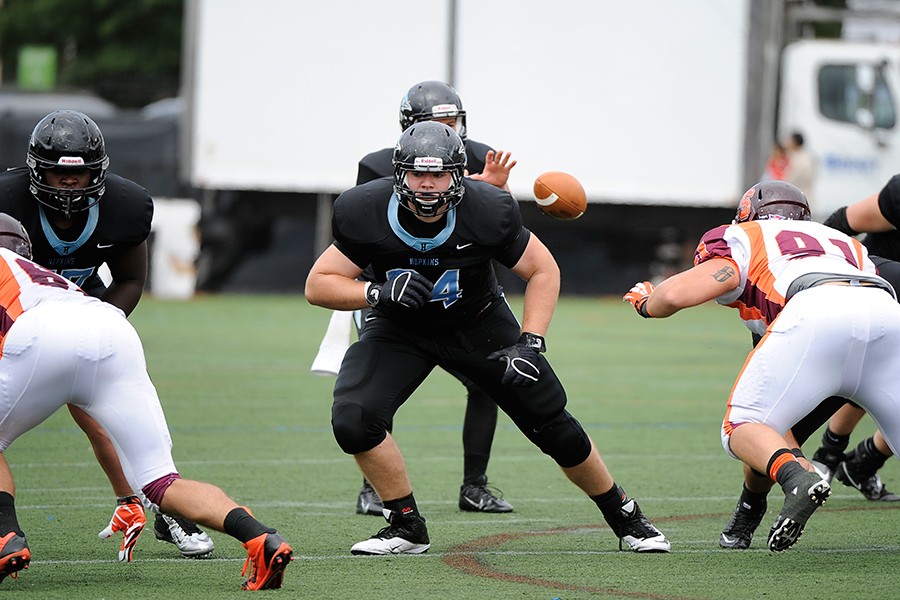 Egan, who is listed at 6 feet, 4 inches and weighs 300 pounds, earned first-team D3football.com All-America honors last season, one of just three non-seniors to earn that distinction on offense last season. He is one of 21 seniors on the roster for the upcoming season.

Johns Hopkins posted an 11-1 record, won its sixth consecutive Centennial Conference title, and advanced to the second round of the Division III NCAA playoffs last season. The 11 wins were a single-season school record, and the Blue Jays ended the season ranked 10th in both the AFCA and D3football.com polls.

The Blue Jays are ranked No. 13 nationally by D3football.com heading into the 2015 season. JHU opens the season on Sept. 5 against Randolph-Macon in Ashland, Virginia. Full schedule