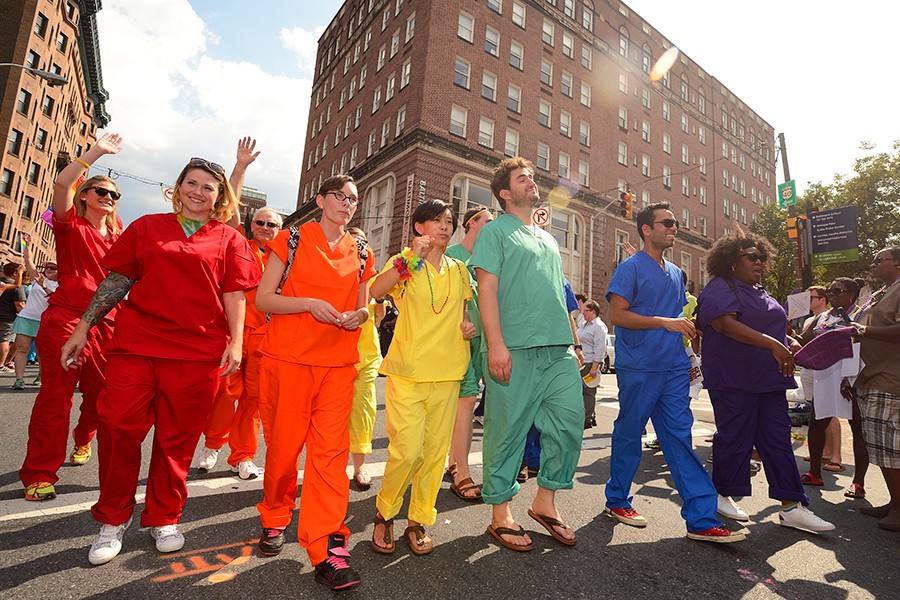 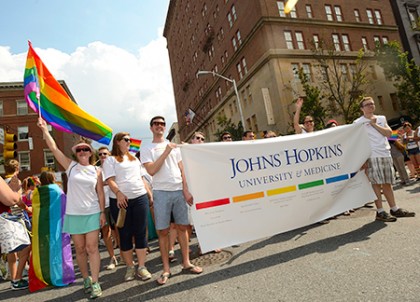 This is the second year Johns Hopkins has participated in the event, though fewer than 10 people took part a year ago, according to Demere Woolway, director of LGBTQ Life at JHU.

"I was delighted to see so many people from all across Hopkins come out to celebrate Pride," she said.

JHU's participation was supported by JHU's Office of LGBTQ Life, JHM's Marketing & Communications Employee Engagement and Diversity Committee, the JHHS Office of Diversity and Inclusion, the Department of Pathology, and the School of Medicine LGBTQ Curriculum Team.