Cellphones might be best way to get health information to inner-city pregnant, postpartum women 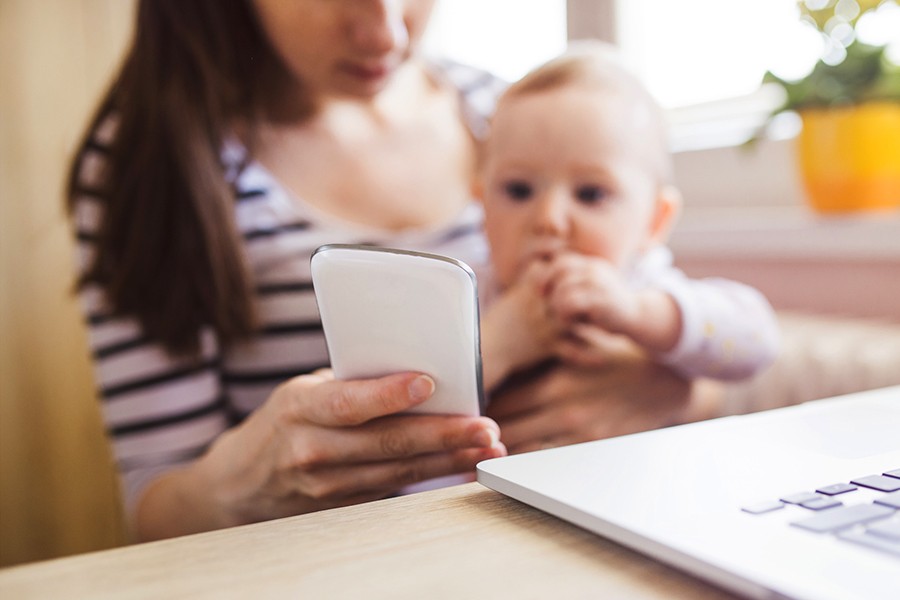 Johns Hopkins researchers are exploring whether and how cellphones—something that nearly everyone has—can be used to improve the health of expectant and new mothers.

By surveying the technology habits of a diverse group of young, low-income, inner-city pregnant and postpartum women, Johns Hopkins University School of Medicine researchers found that more 90 percent of them used smartphones or cellphones on a routine basis. The findings suggest that cellphones might be the best way for medical providers to reach out to these populations of women during and after their pregnancy—a critical time for monitoring health. Such interventions could decrease the risks of diabetes, obesity, and other diseases during childbearing years.

A report on the study, which also looked at patterns in Internet usage and texting, was published online this month in the Journal of Medical Internet Research.

"Pregnancy and the year after delivery—when women must see a doctor—give us a window of opportunity to lock in lifelong preventive health behaviors for them and their families," said Wendy Bennett, the study's lead author and a clinical researcher and professor of medicine at Johns Hopkins. "But these opportunities are often missed because many women do not return for care or stay engaged with providers. If we could better understand their use of information and communication technology, we could likely design more appropriate, culturally sensitive ways to reach and help them."

Cellphones stand out by far as the preferred technology these women use, regardless of race or ethnic background, the researchers report. The survey results also revealed important differences in the women's Internet use, likely tied to their proficiency in English.

The research team surveyed a cross-section of women attending one of four obstetric or pediatric clinics at Johns Hopkins Medicine's two Baltimore hospitals. Forty percent of the women were African-American, 28 percent were Latina, 23 percent were white, and fewer than 10 percent belonged to other ethnic groups. A variety of health conditions were present among the women, including pre-pregnancy obesity, high blood pressure, and diabetes.

Smartphone use was about one-third more common for African-American women than Latinas, the study showed. In general, Internet use by any means was lowest for Latinas, at 51 percent, with African-Americans at 79 percent and whites at 87 percent. Bennett says limited English proficiency, highest in Latinas, is a likely barrier for Internet use.

Texting was high across the board—85 percent or higher in all groups, though slightly lower among African-American women.