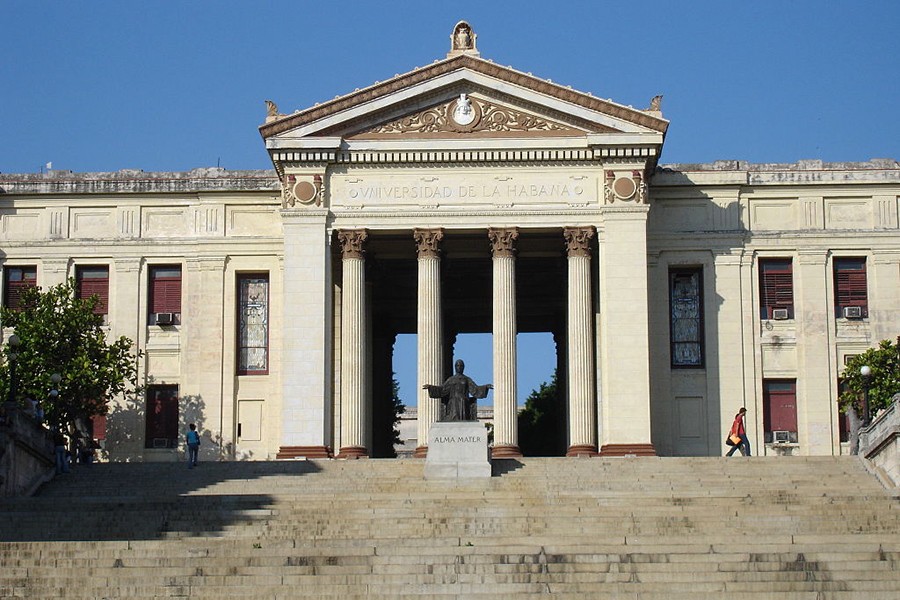 In years past, studying abroad in Cuba meant securing a travel license and flying with thousands of dollars in cash stashed in a suitcase.

Today, as the U.S. moves to normalize diplomatic relations with Cuba, American credit and debit cards are accepted on the island, and the Internet is more accessible.

Johns Hopkins University students will soon have an opportunity to see these changes firsthand during a full semester in Cuba, thanks to the new Consortium for Advanced Studies Abroad, or CASA.

Hopkins, in partnership with Brown, Columbia, Cornell, Dartmouth, Northwestern, and Penn, launched CASA-Havana during the 2014-15 academic year as the first of many study centers around the world that will be developed by the consortium.

Since 2012, JHU students have been able to travel to Cuba as part of a two-week Intersession course taught in English under the direction of Professor Eduardo González. But no other study abroad program offered students a glimpse into daily life for Cuban students.

CASA-Havana, the largest U.S. academic presence in Cuba, developed a program of study that gives students direct access to the country's leading academic experts. At Cuba's oldest university, University of Havana, students will take direct-enrollment courses alongside Cuban students and also have the option of taking courses at Casa de las Américas, the Cuban government's premier research institute. All the courses will be taught in Spanish.

At the program center, students will take CASA-delivered courses and immerse themselves in Cuban culture with lectures from experts on key issues facing the country, exhibitions, recitals, and local field visits. Students will be encouraged to conduct research, too.

Housing will be provided in a recently renovated guest residence located within walking distance of the Cuba study center and Casa de las Américas.

"The CASA Cuba program gives Hopkins undergraduates a unique opportunity to experience Havana during such a time of social and economic transition," said Lori Citti, director of JHU's Office of Study Abroad. "The spring 2016 semester in Havana will provide a window into Cuban life and society at a critical period in the political and economic history of our countries." For more information,

For more information about applying for CASA at University of Havana, contact the Office of Study Abroad at jhuabroad@jhu.edu.