With help from a $49,500 grant from the Andrew W. Mellon Foundation, Project MUSE at the Johns Hopkins University Press plans to offer free open access to some of its digital scholarly content.

The grant will go toward MUSE Open, a new distribution channel for open access monographs. The platform will start as a pilot project, with "a sampling" of monographs available from four university presses, according to Wendy Queen, who was recently appointed director of Project MUSE.

Project MUSE, which started in 1995, is a leading provider of digital humanities and social science content. Through subscriptions, MUSE provides access to 36,000 monographs and 600 scholarly journals from 238 publishers around the world.

Monographs within the new MUSE Open system will be distributed globally and made visible and usable through discoverability and accessibility tools normally reserved for paid content, according to a news release announcing the Mellon Foundation grant. The grant, which expires at the end of 2015, will be used to develop software for MUSE Open and to help build its business model, Queen says.

With academic publishing straining under declining budgets and shifts in reading patterns, "open access" is a growing trend.

"MUSE Open will take advantage of new funding models that take the purchasing burden away from end users for the purposes of providing important new scholarly content available free of charge to readers around the world," says Katherine Keane, director of Johns Hopkins University Press.

The new program doesn't affect Project MUSE's offerings of scholarly journal content, though Queen says there is a "business model in place" at MUSE for journal publishers to select that option for themselves.

Since its founding in 1878, Johns Hopkins University Press has demonstrated a commitment to both tradition and innovation. Today it stands as one of the world's largest university presses, publishing 83 scholarly journals along with award-winning books in history, science, education, criticism, political science, and consumer health. 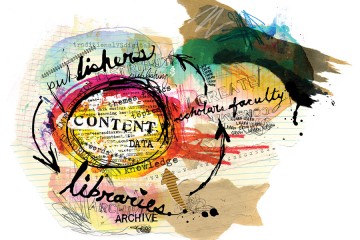