Ed Catmull, a co-founder of Pixar Animation Studios, addressed the Class of 2015 at Johns Hopkins University's commencement today, urging the new graduates to broaden their view of creativity by accepting that failure is necessary. 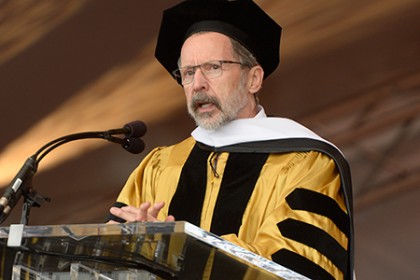 "Creativity is the process by which we solve problems, whether they're a story, on the job, a relationship with partners, or societal problems," Catmull said.

Catmull said he's often asked, "How do you become more creative?" At Pixar, questioning the barriers to creativity—failures and mistakes—fuels the magic his team produces, he said. The Academy Award-winning movie Up, for example, was born as a "castle floating in the sky." The final version bore almost no resemblance to the original, with the exception of the colorful, giant bird, Kevin.

He shared years of lessons he learned while building Pixar and later merging with Disney, and recalled the cultural and interpersonal barriers in place during his experiences in Silicon Valley.

"I believe that everyone has the potential to be creative," Catmull said. "It is our choices that block or enable potential in others and in yourself. Make it OK to make mistakes." 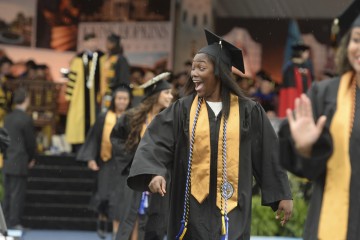 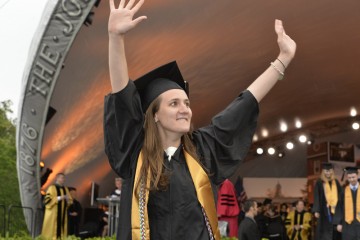 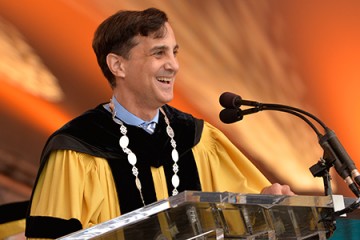 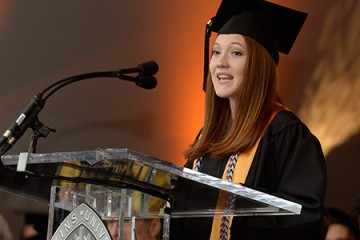 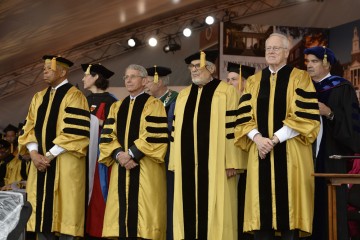