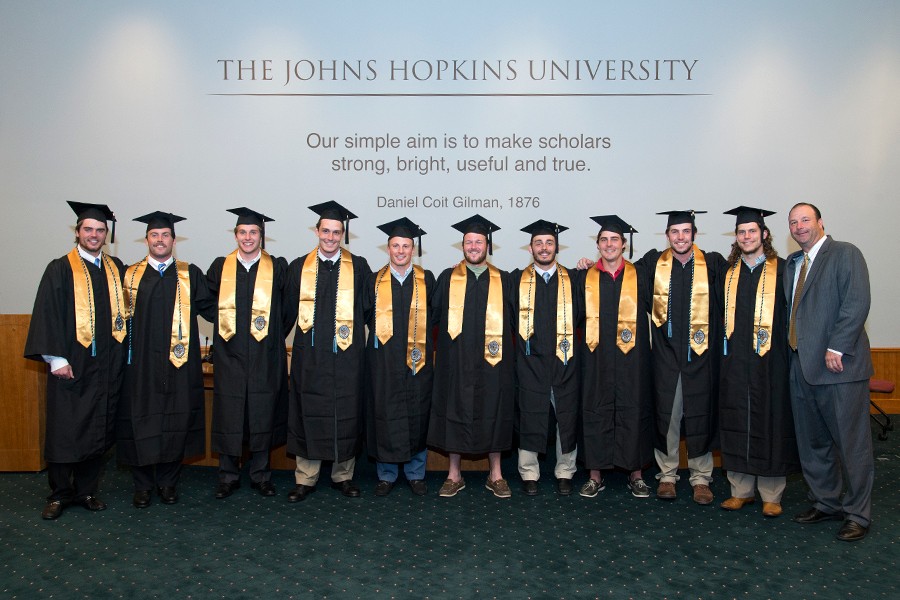 Thirteen Johns Hopkins University senior athletes, including 10 members of the Final Four-bound Hopkins men's lacrosse team, received their diplomas during a special ceremony Tuesday afternoon, two days earlier than the rest of the Class of 2015. 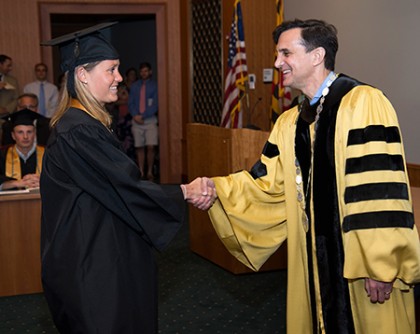 Scheduling conflicts would have prevented the athletes from participating in the universitywide commencement ceremony Thursday morning at Homewood Field. The men's lacrosse team will face Maryland in an NCAA tournament semifinal game Saturday in Philadelphia. Several members of the men's and women's track teams—including three seniors—will compete in the NCAA championship meet in Canton, New York, this weekend.

Johns Hopkins University President Ronald J. Daniels and Provost Robert C. Lieberman (both in full regalia) presided over the ceremony, which was held in the Board of Trustees meeting room in Hodson Hall. The athletes' families and friends were invited to attend.

"I understand you have some unfinished business off-campus," Lieberman joked during his remarks.

Daniels ended the official conferral of degrees with an unofficial but presidential "Go, Blue Jays!"