Startups wrap up four-month program by pitching to investors 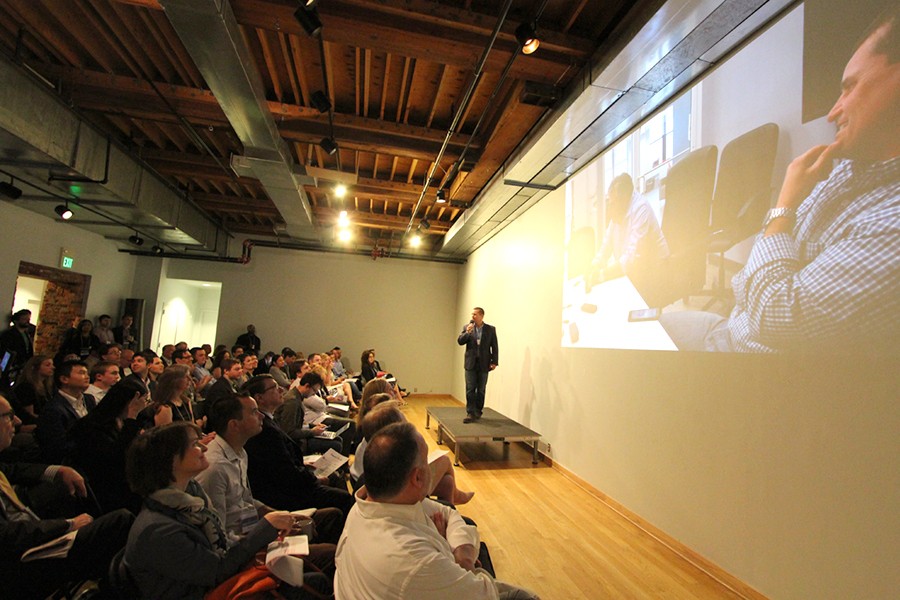 Like almost everyone else, doctors and nurses now use smartphones on a regular basis. So what's the best way for the healthcare industry to take advantage of that?

That was the theme of many of the projects being developed in this year's DreamIt Health Baltimore program, an intensive four-month bootcamp for health-tech startups that began in January. For the second year in a row, Johns Hopkins University and Johns Hopkins Medicine co-sponsored the accelerator program in Baltimore, with the six startups setting up shop at an Inner Harbor work space.

InsightMedi, launched out of Madrid, Spain, wants to create a sort of Instagram for medicine, an international platform that allows doctors and nurses to share photos via smartphones and consult with one another for advice—without worrying about any liability or privacy issues. Decisive Health out of San Francisco hopes to make booking an MRI appointment as convenient as booking a flight on kayak.com.

Those teams and four others presented Wednesday at Demo Day at Power Plant Live! in downtown Baltimore, sharing their developing projects with a crowd of investors and industry leaders. The showcase is the capstone event of the 16-week bootcamp, through which the companies gain access to resources and mentors at Johns Hopkins and the University of Maryland, among other local partners.

The program is run by DreamIt Ventures, which seeds startups with $50,000 each, provides physical workspace, and helps entrepreneurs make connections and find investors. DreamIt Health, the health-tech branch, started in Philadelphia and expanded to Baltimore in 2014, viewing the city as "an epicenter of healthcare innovation," according to program director Jason Hardebeck.

In addition to the six startups working in Baltimore this year, yesterday's Demo Day featured DreamIt alum Tissue Analytics, which aspires to simplify wound treatment through digital technology. The goal, says CEO Kevin Keenahan, is to "turn a smartphone into a CT scanner for wound care." The team includes two graduates of JHU's Center for Bioengineering and Innovation and Design and a surgeon who completed his residency at Hopkins.

The Baton(http://www.batonhandoff.com/) team, a member of the 2015 DreamIt Health Baltimore cohort, also has Hopkins roots. Harry Goldberg, assistant dean at the School of Medicine, and Stephen Milner, chief of the burn unit, had already worked together a few years ago on an app called BurnMed and had other ideas about using digital technology in medicine. They saw a need to replace the antiquated status quo for patient handoffs—handwritten notes, computer printouts, and even legally questionable text messages.

Goldberg's son, a former investment banker, got looped into the project, and Baton was born with the goal of preventing "baton drops" in the communications process —thereby eliminating some of the medical errors that contribute to more than 400,000 deaths in the U.S. each year and cost billions.

"Our goal is to have contracts with hospitals by the end of the year," says Baton president Zack Goldberg. Through DreamIt, the team has already signed a contract with Mount Sinai Hospital in New York and is working on formal studies with St. Agnes Hospital in Baltimore and the Walter Reed National Military Medical Center.

Health IT entrepreneurs make their pitches 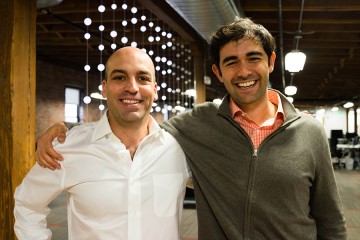