Inaugural JHU Forum on Race in America rescheduled for April 30, will be broadcast live on JHU Ustream channel

The inaugural JHU Forum on Race in America, featuring a conversation with The Atlantic writer and Baltimore native Ta-Nehisi Coates, has been rescheduled for Thursday at 10:30 a.m. after being postponed earlier this week. 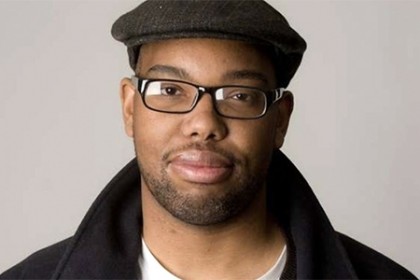 Individuals who had previously registered for the event will receive instructions about how to print out tickets for the rescheduled event, which is sold out. Others are invited to view the forum live on the JHU Ustream channel.

Coates has written a number of influential articles on race in contemporary black America and is the author of The Beautiful Struggle, a memoir of being raised in Baltimore during the age of crack. He grew up on the city's west side, across the street from Mondawmin Mall, where Monday's unrest began.

Johns Hopkins University President Ronald J. Daniels will open the event. Nathan Connolly, an assistant professor of history in the Krieger School of Arts and Sciences, and Debra Furr-Holden, associate professor of mental health in the Bloomberg School of Public Health, will moderate the discussion.

The event is jointly organized and sponsored by the Center for Africana Studies, Diversity Leadership Council, Black Student Union, Black Faculty and Staff Association, Office of Institutional Equity, Homewood Student Affairs, Office of the President, and Office of the Provost.